Roland Burris that, if Durbin were in Burris' shoes, he would resign.

"I told him that under the circumstances, I would resign," Durbin told reporters after an hour-long meeting with Burris. "He said, 'I'm not going to resign.' 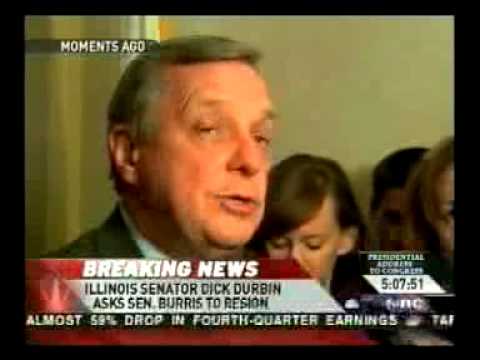