U.S. Sen. Roland Burris has changed his story again about what happened before ex-Gov.

Rod Blagojevich appointed him to the Senate, and state Republican leaders said Saturday they want an investigation into whether he perjured himself.

Burris gradually has acknowledged deeper contacts with Blagojevich allies after initially portraying himself as a surprise pick for the controversial seat the former governor is accused of trying to sell.

But Illinois House Republican leaders said they now wonder if Burris purposely deceived the public while under oath last month by not telling a special House impeachment panel that Blagojevich's brother asked for fundraising help before the now-disgraced ex-governor appointed him.

State Rep. Jim Durkin (R-Western Springs) said he would ask the now-dormant impeachment committee to refer the matter to Sangamon County State's Atty. John Schmidt, a Republican, after learning of the revelations by Burris, who is a Democrat.

Burris acknowledged the discussions with the governor's brother, Robert, in an affidavit the senator quietly filed Feb. 5 with the head of the committee. 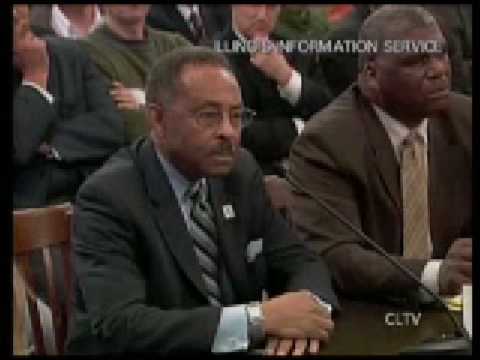