BEIRUT, Lebanon — Iranian police opened fire on protesters in Tehran on Sunday, killing at least four people, including a nephew of the opposition leader Mir Hussein Moussavi, as vast crowds of demonstrators flooded the streets of cities across Iran and fiercely fought security forces, according to witnesses and opposition Web sites.

The protests, taking place on the holiday marking the death of Shiite Islam’s holiest martyr, were the bloodiest — and among the largest — since the uprisings that followed Iran’s disputed presidential election last June, with hundreds of thousands of people thronging Tehran alone, witnesses said. There were reports of hundreds of injured people and numerous arrests.

In Tehran, thick crowds marched down a central avenue in mid-morning, defying official warnings of a harsh crackdown on protests as they chanted, “Death to the dictator!” They refused to retreat even as police fired tear gas, charged them with batons and discharged warning shots.

Tehran, Iran (CNN) -- Fresh clashes broke out between demonstrators and security forces in Tehran on Sunday as large crowds gathered for Ashura, a major religious observance.

An opposition Web site said three people were killed in the fighting. But, with tight restrictions on international media, CNN could not independently verify the casualties.

The reformist Web site Parlemannews reported that one of the victims Sunday was Saeed Ali Mousavi, nephew of opposition leader Mir Hossein Mousavi.

Police did not fire any shots in Tehran, "and security forces were not in possession of firearms," Rajabzadeh told the semi-official news agency ISNA. 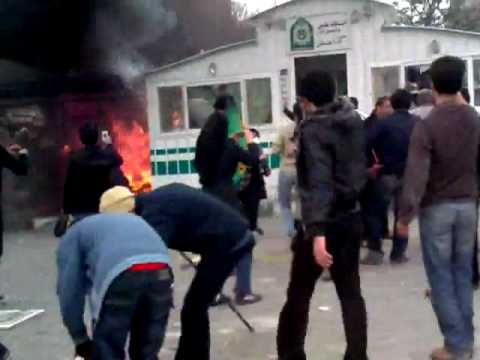 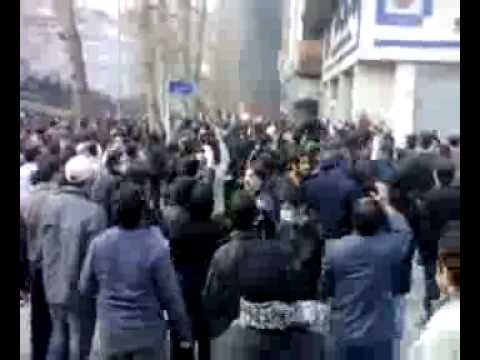