Rescue and search operations continued overnight in Kunhadi area in Kota to recover victims from the debris of the unfinished bridge over Chambal river which collapsed last evening burying around 50 people.

Six bodies have so far been recovered even as toll is feared to mount to 40 to 50, official reports said here today. Progress in rescue operations was hampered as major portion of the debris was dipping in the river waters.

The collapse of an under-construction bridge over Chambal river is prima-facie a case of "human negligence," the National Highway Authority of India (NHAI) said, giving a clean chit to the construction companies in the incident which has claimed at least 28 lives.

Thursday's bridge collapse under East-West Corridor project "is prima-facie a case of human negligence with little possibility of technical fault or of design" Subash Patel, director in technical board of NHAI told reporters during his visit to the rescue site yesterday.

Number of people presumed killed in Kota bridge collapsed in western India rose to at least 45 on Saturday, an official said, as rescue divers struggled to recover bodies pinned under water.

A senior police official in Rajasthan state, Rajeev Dasot, said Saturday that many bodies are still trapped in the Chambal river, near Kota.

"At least 45 people are presumed to have died in the bridge collapse," senior police official Rajeev Dasot told foreign news agency, raising the estimated death toll from 17. Dozens of labourers plunged into the water late Thursday when the bridge on which they were working gave way over the Chambal River on the outskirts of the city of Kota in Rajasthan state. 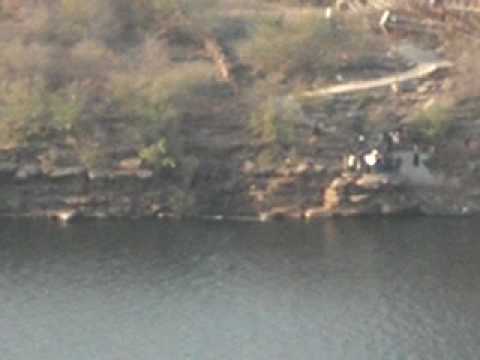