Thieves stole the notorious sign bearing the cynical Nazi slogan "Work Sets You Free" from the entrance to the former Auschwitz death camp on Friday, cutting through rows of barbed wire and metal bars before making their escape through the snow.

The brazen seizure of one of the Holocaust's most chilling symbols brought worldwide condemnation.

Thieves in Poland stole a famous Nazi sign from the gates of the Auschwitz concentration camp that reads "Work Will Set You Free," authorities said Friday.

The sign at the death camp's entrance became a symbol of the horrors of the Holocaust, implying that hard work was the way imprisoned Jews could get out of the camp. More than a million people died at Auschwitz, most of whom were condemned to gas chambers. 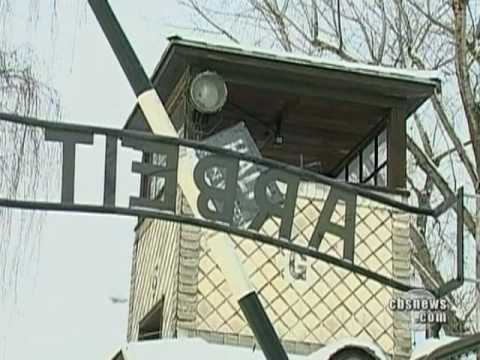