Wen delivered a speech titled "Build Consensus and Strengthen Cooperation to Advance the Historical Process of Combating Climate Change" at the opening session of the leaders' meeting of the UN climate change conference.

He said a long-term perspective and a focus on the present were needed in tackling climate change.

China's population of 1.3 billion presented a special difficulty in cutting emissions but it would do whatever was within its capacity to address global climate change, he added.

The UN climate summit reached a weak outline of a global agreement last night in Copenhagen, falling far short of what Britain and many poor countries were seeking and leaving months of tough negotiations to come.

After eight draft texts and all-day talks between 115 world leaders, it was left to Barack Obama and Wen Jiabao, the Chinese premier, to broker a political agreement. The so-called Copenhagen accord "recognises" the scientific case for keeping temperature rises to no more than 2C but did not contain commitments to emissions reductions to achieve that goal. 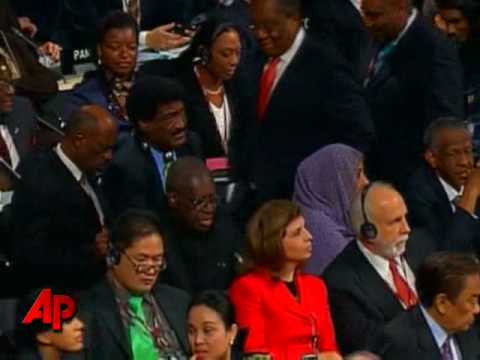 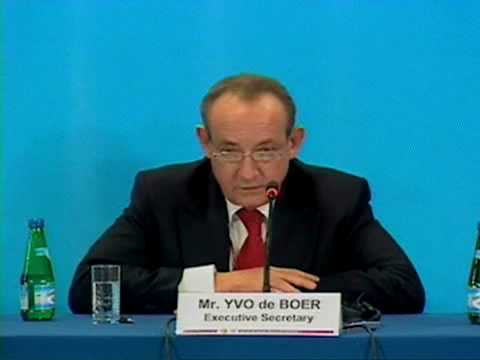