Hoffman shot back during a morning debate that Giannoulias’ history is little more than helping run a family bank that is now one of the worst-performing in the nation.

The other two candidates for the Democratic nomination – Cheryle Jackson and Jacob Meister – spent much of the 70-minute debate looking on as Giannoulias, the state’s first-term treasurer, and Hoffman, Chicago’s former inspector general, sniped over their records and how they would stand up to special interests if they were elected.

This morning in Chicago, the Union League Club hosted the first debate among the Democratic candidates for U.S. Senate in Illinois. And there were some fireworks.

The first 25 minutes went by rather uneventfully, until Alexi Giannoulias leveled the first attack against opponent David Hoffman, accusing him of "hypocrisy." Specifically, Giannoulias noted that Hoffman has repeatedly criticized the "big Wall Street banks" while simultaneously holding stock in several financial institutions that have received federal bailout funds. He went on to note that Hoffman has also put at least $500,000 of his personal funds into his Senate campaign. (The Giannoulias campaign also advanced this line of attack in a new web ad released shortly after the debate concluded.) 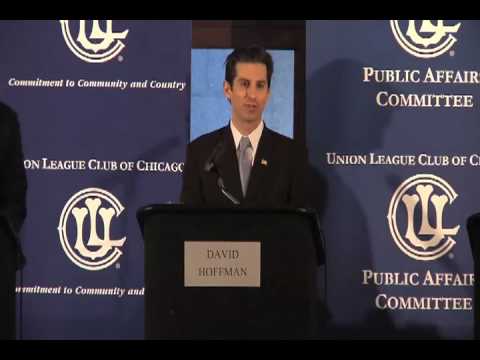 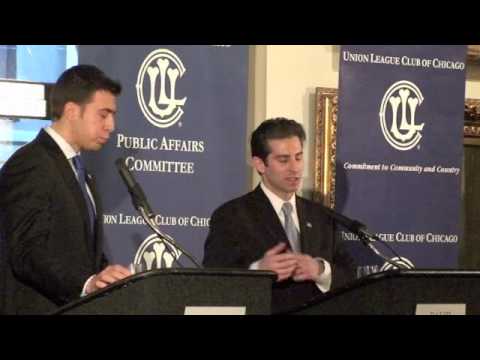 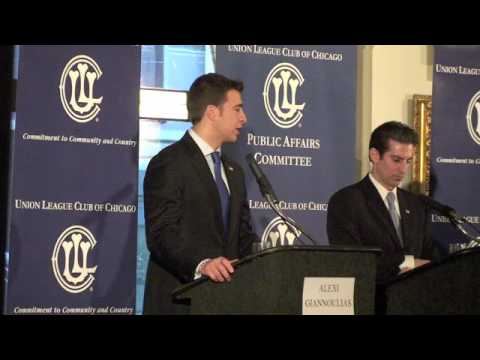