The Nobel Prize in Physiology or Medicine (Swedish: Nobelpriset i fysiologi eller medicin) is awarded once a year by the Swedish Karolinska Institute.

It is one of the five Nobel Prizes established by the will of Alfred Nobel in 1895, awarded for outstanding contributions in Physics, Chemistry, Literature, Peace, and Physiology or Medicine since 1901. The first Nobel Prize in Physiology or Medicine was awarded in 1901 to the German physiologist Emil Adolf von Behring, "for his work on serum therapy, especially its application against diphtheria, by which he has opened a new road in the domain of biological science and thereby placed in the hands of the physician a victorious weapon against illness and deaths." This award is administered by the Nobel Foundation and widely regarded as the most prestigious award that a scientist can receive in these fields. It is presented in Stockholm at an annual ceremony on December 10, the anniversary of Nobel's death. "The highlight of the Nobel Prize Award Ceremony in Stockholm is when each Nobel Laureate steps forward to receive the prize from the hands of His Majesty the King of Sweden. ... Under the eyes of a watching world, the Nobel Laureate receives three things: a diploma, a medal and a document confirming the prize amount".

Elizabeth Helen Blackburn, FRS (born November 26, 1948) is an Australian-born biological researcher at the University of California, San Francisco, who studies the telomere, a structure at the end of chromosomes that protects the chromosome. Blackburn co-discovered telomerase, the enzyme that replenishes the telomere. For this work, she was awarded the 2009 Nobel Prize in Physiology or Medicine, sharing it with Carol W. Greider and Jack W. Szostak. She also worked in medical ethics, and was controversially dismissed from the President's Council on Bioethics.

Carolyn Widney "Carol" Greider (born April 15, 1961) is a molecular biologist at the Johns Hopkins University. She was a co-discoverer of the enzyme telomerase in 1984 while working under Elizabeth Blackburn at the University of California, Berkeley. Greider pioneered research on the structure of telomeres, the ends of the chromosomes. She was awarded the 2009 Nobel Prize for Physiology or Medicine, along with Elizabeth Blackburn and Jack W. Szostak of Boston, Massachusetts, for their discovery of how telomeres are protected from progressive shortening by the enzyme telomerase.

Jack William Szostak (born November 9, 1952) is a biologist and Professor of Genetics at Harvard Medical School and Alexander Rich Distinguished Investigator at Massachusetts General Hospital, Boston. He was awarded the 2009 Nobel Prize for Physiology or Medicine, along with Elizabeth Blackburn and Carol W. Greider, for the discovery of how chromosomes are protected by telomeres. 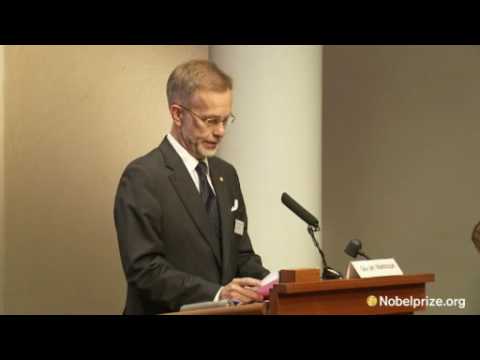