At roughly 10:15am, nine students, along with other protesters, including some seniors, were arrested for staging a sit-in at Senator Lieberman’s Washington DC office.

The protesters were seeking a meeting with Senator Lieberman to demand he return his campaign contributions he received from AETNA health before making a pledge to filibuster the Senate healthcare bill. Two of the nine arrested are Connecticut citizens, one is an UConn student; Brittany Florio, the other is an UConn alumni John Mohrbacher.

Dozens of people held a sit-in at Senator Lieberman’s Capitol Hill office this morning to demand that Senator Lieberman pledge to stop taking health insurance company campaign contributions and free up funds so they can be used to pay for patient care. For 30 minutes, demonstrators requested to talk to Senator Lieberman and chanted "Patients not Profits, Health Care for All." They carried signs that say, “Insurance $ is making America sick.” Nine members of the Mobilization for Health Care for All sat down in the office lobby until forcibly removed by the police. 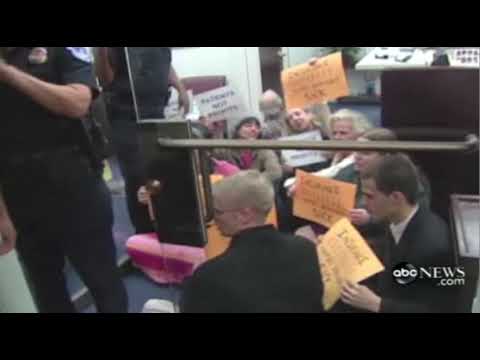 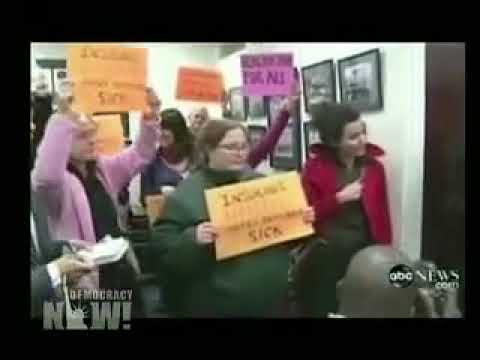