A season of redemption came to its conclusion Wednesday night for the Yankees, who beat the Philadelphia Phillies, 7-3, in Game 6 of the 2009 World Series.

The victory gave the Yankees their 27th championship, a quest nine years in the making.

Hideki Matsui, who may have played his last game as a Yankee, became the first Japanese-born player to win the Most Valuable Player award. He led the Yankees’ offense with a record-tying night — he had a home run, a double, a single and six runs batted in — and Andy Pettitte, who also may have played his last game in pinstripes, handled the pitching chores on three days’ rest.

The Yankees won the first championship of this decade and they won the last one. In between, years of frustration and failure led to titanic changes, but on a November night in the Bronx, all of that was forgotten. The 2009 postseason cemented the clutch reputation of Derek Jeter and the reminded us of the invincibility of Mariano Rivera but also made a hero out of A-Rod, who erased years of postseason struggles with six home runs and 18 RBI’s and a .356 average. Add in Sabathia’s pitching, Damon’s “double-steal” and Matsui’s Game 6 heroics and the Yankees brought title #27 to the Bronx. And, as per the custom, the team and its fans celebrated with a ticker tape parade.

Yankees 7, Phillies 3: For the first time since 2000 and the 27th time in franchise history, the New York Yankees are the World Champions of baseball. The Yankees defeated the Philadelphia Phillies four games to two behind the bat of Hideki Matsui and the solid pitching of Andy Pettitte. Matsui was 3-4 in the game, including two two-RBI hits off Phillies starter Pedro Martinez and two more RBI against Phillies reliever Chad Durbin. Matsui's first hit came in the 2nd inning when he crushed a two-run home run to right field to put the Yankees ahead 2-0. His second run scoring hit was a two-run single in the 3rd inning with bases loaded and two outs, putting the Yankees up 4-1. Matsui, who was 2-2 with a home run against Martinez in Game 2 of the Series, was found to be Pedro's "daddy" in a mid-game paternity test. In his third at bat, Matsui hit a two-run double off Durbin to put the Yankees ahead 7-1 in the 5th. Matsui, playing in what could have been his final game as a Yankee, finished the game with 6 RBI, tying a World Series record held by Bobby Richardson in 1960. 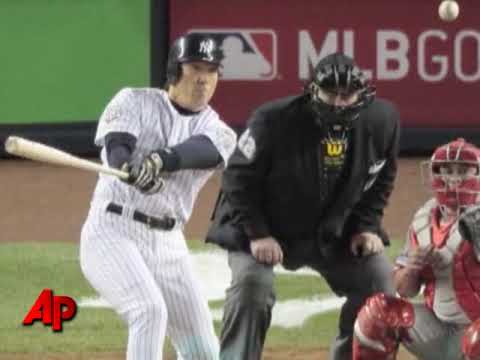 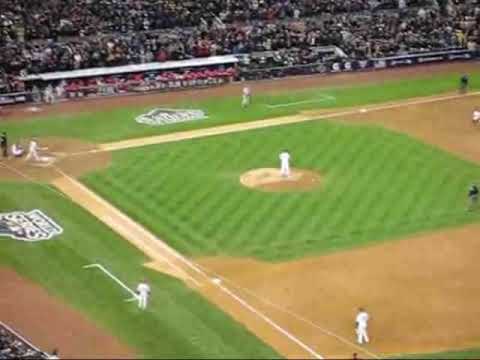 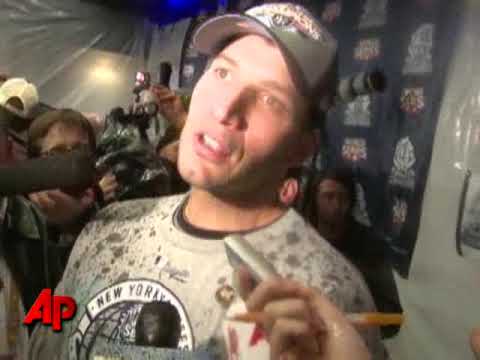 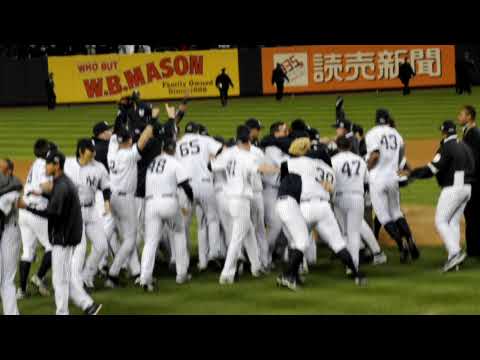