The massacre of journalists in Maguindanao Monday is the worst death toll for the press in recent history, an international media watchdog said yesterday.

The Committee to Protect Journalists (CPJ) said the killing “appears to be single deadliest event for the press since 1992, when CPJ began keeping detailed records on journalist deaths.”

“Even as we tally the dead in this horrific massacre, our initial research indicates that this is the deadliest single attack on the press ever documented by CPJ,” said executive director Joel Simon of the New York-based group.

A town mayor in the south ordered an armed group of pro-government militia, military and police to rape and kill women politicians, journalists and lawyers — as well as killing their male companions and eye witnesses — driving in a convoy to file the certificate of candidacy of several local government officials in the southern Philippines on Monday, a senior official said on TV.

"The female victims may have been raped. Women were shot in the genitals," teary eyed Justice Secretary Agnes Devanadera said with a quivering voice.

The number of bodies recovered from the grisly Maguindanao massacre has now reached 46, an Army officer said Tuesday evening.

“Our last accounting showed there are 46 (dead) already," said Nerona. “Twenty-two were found above ground while 24 were dug up today."

Police in the Philippines today charged a prominent member of a powerful political family with murder after 57 people were slaughtered in a case of political violence that has sparked international outrage.

Andal Ampatuan Jr, a local politician in the violence-plagued province of Maguindanao, was charged after handing himself in to senior government and military officials. Before Ampatuan was flown to the capital, Manila, in an army helicopter, there were angry scenes at General Santos airport, where he was confronted by relatives of those who died in Monday's massacre. 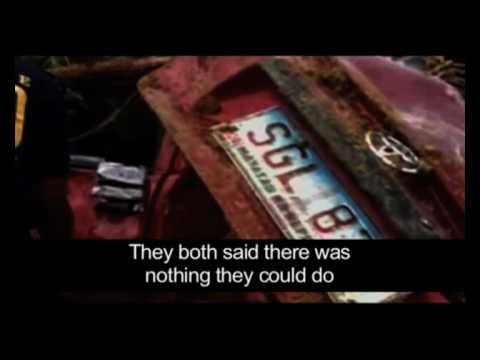