Roland Burris admonished by US Senate Select Committee on Ethics

While the [Senate Ethics] Committee did not find that the evidence before it supported any actionable violations of law, Senators must meet a much higher standard of conduct. Your sworn affidavit and sworn testimony before the Illinois House of Representatives were inconsistent, incomplete and misleading.”

— US Senate Select Committee on Ethics

The United States Senate Select Committee on Ethics said in a publicly released “Letter of Qualified Admonition” that Burris had inappropriate contact with the now-impeached governor in seeking an appointment to the Senate seat vacated by President Barack Obama.

The ethics committee also found that Burris was less than truthful when testifying before the Illinois House of Representatives committee investigating Blagojevich, who is awaiting trial on federal charges that include attempting to sell an appointment to Obama’s vacated senate seat.

“While the [Senate Ethics] Committee did not find that the evidence before it supported any actionable violations of law, Senators must meet a much higher standard of conduct,” the ethics committee told Burris. “Your sworn affidavit and sworn testimony before the Illinois House of Representatives were inconsistent, incomplete and misleading.”

After an extensive investigation, the Select Committee on Ethics is issuing this Public Letter of Qualified Admonition for actions and statements reflecting unfavorably upon the Senate in connection with your appointment to and seating in the Senate.

The Committee found that you should have known that you were providing incorrect, inconsistent, misleading, or incomplete information to the public, the Senate, and those conducting legitimate inquiries into your appointment to the Senate. The Committee also found that your November 13, 2008 phone call with Robert Blagojevich was inappropriate. Although some of these events happened before you were sworn in as a U.S. Senator, they were inextricably linked to your appointment and therefore fall within the jurisdiction of this Committee.

While the Committee did not find that the evidence before it supported any actionable violations of law, Senators must meet a much higher standard of conduct. Senate Resolution 338 gives this Committee the authority and responsibility to investigate Members who may engage in "improper conduct which may reflect upon the Senate."

To make its determination, the Committee conducted interviews with multiple witnesses; requested and reviewed a tape of the November 13, 2008 phone conversation between you and Robert Blagojevich; and looked carefully at your numerous sworn and unsworn statements to the Illinois House of Representatives Special Investigative Committee on Impeachment, to the press, and to the Senate, including your responses to this Committee. Based on all the evidence before it, the Committee reached the following conclusions:

Your sworn affidavit and sworn testimony before the Illinois House of Representatives were inconsistent, incomplete and misleading.

In your January 5, 2009 affidavit, you state that you did not have any contact with Governor Blagojevich or any of his representatives about your appointment to the Senate before December 26, 2008. In your January 8, 2009 testimony before the Impeachment Committee, despite repeated and specific questioning, you did not disclose having any conversations about your desire to seek the U.S. Senate appointment or about fundraising with anyone associated with the Governor, except Lon Monk. It was not until your second affidavit and subsequent press statements that you disclosed additional contacts with associates of the Governor.

These omissions in your sworn statements are particularly noteworthy given their context. The Governor had recently been arrested and charged with corruptly using his authority to make a Senate appointment in exchange for campaign contributions and other benefits, and these charges were the subject of the impeachment hearings conducted by the Illinois House of Representatives, as well as intense media scrutiny. Therefore, you should have known that any conversations you had about your desire to seek the Senate seat and about any possible fundraising for the Governor were critical to these inquiries. In addition, your testimony on January 8, 2009 was one of the factors the Senate leadership said they would consider in your seating, and its truthfulness was important and relevant to your seating.

Your shifting explanations about your sworn statements appear less than candid.

You gave multiple and at times contradictory explanations for failing to disclose all your contacts with the Governor's associates, which individually and collectively gave the appearance that you were being less than candid. For example, you said you believed the affidavit referred only to your appointment after it was made and not to conversations about seeking it. You then said that certain questioners during the hearing did not give you enough time to give full answers about those contacts, despite the fact that you were asked the question multiple times and the pauses before and after your answers gave ample time for elaboration. Later, you said that when you answered that you had talked to friends it was your intention to include many of the people specifically mentioned in the question. Most recently, however, you told this Committee that at the time of the hearing, you did not recall speaking to anyone besides Lon Monk.

Your November 13, 2008 phone calls with Robert Blagojevich, while not rising to the level of an explicit quid pro quo, was inappropriate.

When Robert Blagojevich called you on November 13, 2008, he was explicit about the purpose of his call: to raise campaign funds for his brother. Yet, during this conversation in which you appeared to agree to write a check and even potentially raise money for Governor Blagojevich, you repeatedly brought up your desire to seek the Senate seat. You also implied that the people you might raise money from would be unhappy if you did not receive the appointment. The Committee finds that this conversation was inappropriate in its content and implications.

In determining the proper conclusion to this matter, the Committee took into consideration many factors, including the fact that the Sangamon County State's Attorney found that your sworn statements and affidavits were not actionable violations of law. We were also aware that these issues surrounding your appointments to and seating in the Senate have been subject to intense public criticism.

Again, the Committee has found that your actions and statements reflected unfavorably on the Senate and issues this Public Letter of Qualified Admonition. 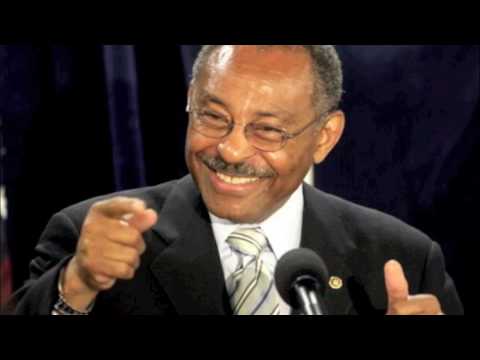