President Arrives in China for First Visit to Country

Late in the evening local time, Obama landed in a rainy Shanghai, eastern China's coastal commercial hub, where he is due to meet city officials and hold a "town hall" session with young people on Monday, before heading on to Beijing.

There is an emerging consensus that China and the U.S. share the single most important political relationship of the 21st century. As President Barack Obama visits China for the first time from Nov. 15 to 18, the world turns its attention to the potential outcomes of this momentous event. I see three key global issues looming over the meeting between Obama and his Chinese counterpart, Hu Jintao: trade tension between the U.S. and China, concerns over nuclear proliferation, and each nation’s sizeable impact on global warming. 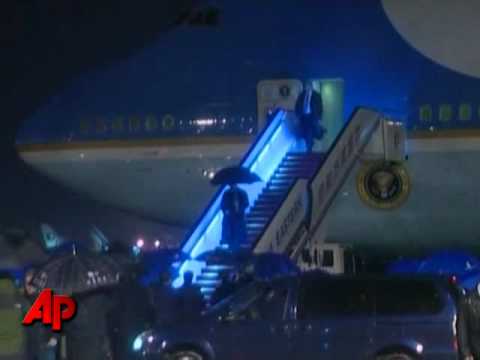