Construction is Completed on the MS Oasis of the Seas, the World's Biggest Passenger Ship

MS Oasis of the Seas is a cruise ship in the fleet of Royal Caribbean International.

The first of her class, she is expected to be joined by her sister ship MS Allure of the Seas in November 2010. Both vessels are expected to cruise the Caribbean from Fort Lauderdale, Florida in the United States.

The ship replaces the Freedom-class cruise ships (also owned by Royal Caribbean) as the world's largest passenger vessel.For a sense of the scale, the ship is approximately 5 times the size of the RMS Titanic in terms of registered tonnage.

MS Oasis of the Seas, the world's biggest passenger ship at 361 metres from bow to stern, on Friday sailed from a shipyard in Turku in southwestern Finland for her home port in Florida via Southampton.

The giant cruiseship has berthing for about 6,400 passengers and 2,100 crew and towers 72 metres above sea level. 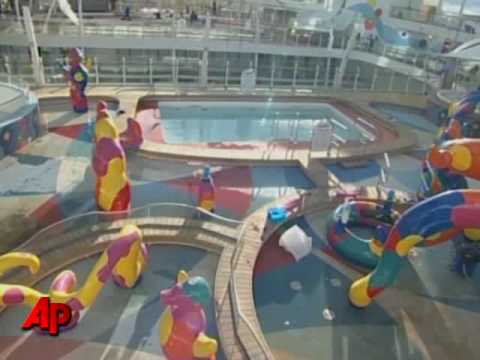