Andy McKenna, one of the Republican governor candidates in the February GOP primary, is getting national exposure from his clever campaign commercial that talks about the culture of “the hair,” featuring everyone from babies to garbagemen wearing Rod Blagojevich wigs. McKenna’s ad pledges to end the culture of the hair. I’ve seen it on several cable news shows.
No explanation is needed about what the culture of “the hair” means — it’s the corruption symbolized by Blagojevich’s dreaded locks.

The spot begins the same as his first ad, with a visual of a Blagojevich-like wig on top of the Statehouse and a Blagojevich look-alike walking into the shot. McKenna's first TV ad placed the wig on several previous governors, including George Ryan and Dan Walker, as well as on a baby. The hair is supposed to be a metaphor for the state's history of corruption. 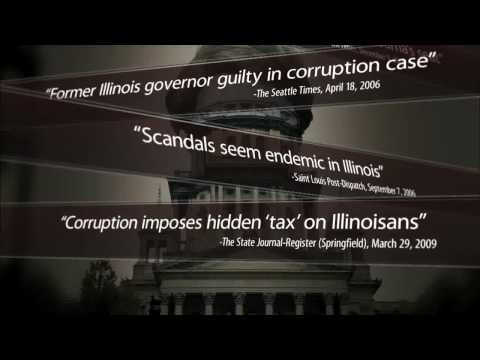