Chicago's swift elimination as 2016 Olympics host is political blow to Obama Chicago has been eliminated from the contest to host the 2016 Summer Olympics, a surprise development in the decision-making process by international Olympic officials.

The city was a heavy favorite at least to make it through the first round of voting, and to be a serious contender in the final round of voting for the coveted Games.

When Rio de Janeiro was elected host city for the 2016 Olympic Games on Friday, the room where its bid team gathered turned into a boisterous party with members in uniform navy or moss green blazers hugging, dancing, crying and waving Brazilian flags. The bid leader, Carlos Arthur Nuzman, yelled, “We did it! We did it!”

People gathering in downtown Chicago reacted to the announcement that the city had been eliminated from contention for the 2016 Olympics.

Rio and Chicago had gone into the day considered the favorites, ahead of Tokyo and Madrid. But by the time Rio was chosen by the International Olympic Committee to become the first South American city to host the Olympics, the Chicago delegation and its star-studded supporters were nowhere in sight.

They had already left the building.

Despite the support of President Obama, who flew in specifically to address the I.O.C. voters, Chicago finished last, out of the running in the first round of voting, with a paltry 18 of a total 94 votes. Tokyo received 22, with Rio getting 26 and Madrid 28. In each round, until one city gains a majority, the low vote-getter is eliminated. After Chicago was tossed aside, nearly all of its votes went straight to Rio in the second round. In the third, after Tokyo was eliminated, Rio won handily, 66-32. 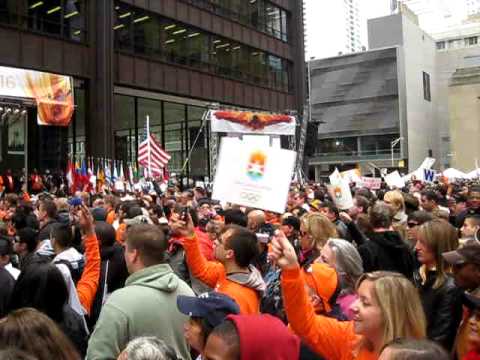 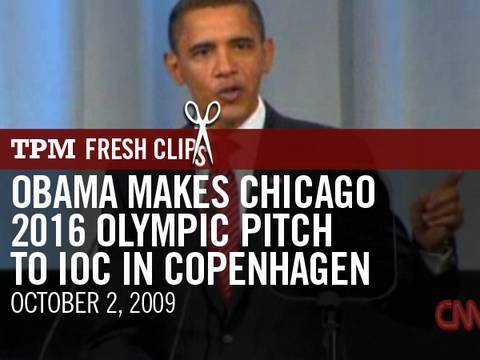 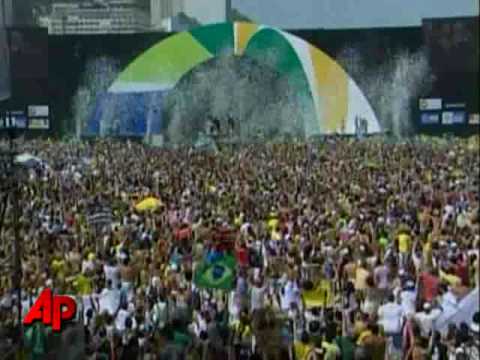