Former Illinois Attorney General Roland Burris told state lawmakers investigating the possible impeachment that he did not act unethically in being appointed to the U.S. Senate seat vacated by Obama.

"I have been in government for 20 years and never participated in anybody's quid pro quo," Burris said.

Blagojevich was arrested Dec. 9 on corruption charges. He tapped Burris to fill the seat just after Christmas.

Burris also told the committee today that he first became interested in filling the U.S. Senate seat "around the time President-elect Obama won the Democratic primary for president."

Upon being approached to fill the seat amid the allegations involving the governor, Burris said he was "surprised" and took the weekend to think it over and consult with friends before accepting the appointment.

When asked whether Blagojevich should resign, Burris repeatedly said, "I have no authority over the governor." As he has said before, Burris told the panel that Blagojevich appointed him according to law.

Before hearing from Burris, the Illinois legislative panel released a draft report Thursday morning recommending that the state's House of Representatives vote on whether to impeach Blagojevich. 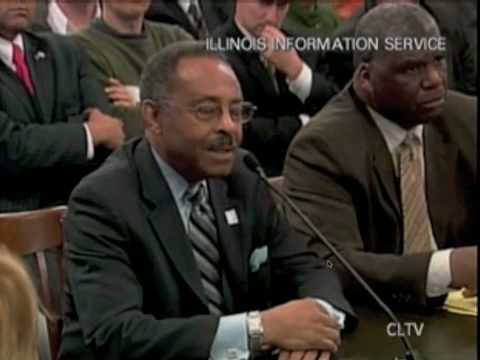