In a case that gets more bizarre by the day, Governor Rod Blagojevich skipped out on the opening day of his impeachment trial to be interviewed by Diane Sawyer on ABC's "Good Morning America."

In recent days, Blagojevich has compared himself to the hero of a Frank Capra movie and a cowboy being lynched for a crime he didn't commit. He said that when he was arrested on federal corruption charges, he took solace from thinking of other jailed leaders — Nelson Mandela, the Rev. Martin Luther King Jr. and Gandhi.

SPRINGFIELD, Ill. (AP) — The Illinois Senate has convened a historic impeachment trial that will determine whether Gov. Rod Blagojevich is removed from office.

Senators will consider charges that the Democratic governor tried to sell a Senate seat, used his authority to pressure campaign contributors and defied legislative decisions.

Blagojevich is refusing to take part in the trial. He says its rules are so biased that he can't present a defense.

Blagojevich spent Monday in New York, where he made several TV appearances to proclaim his innocence.

It would take a two-thirds vote in the Senate to convict Blagojevich and remove him from office. Senators also could vote to bar him from ever holding office again. 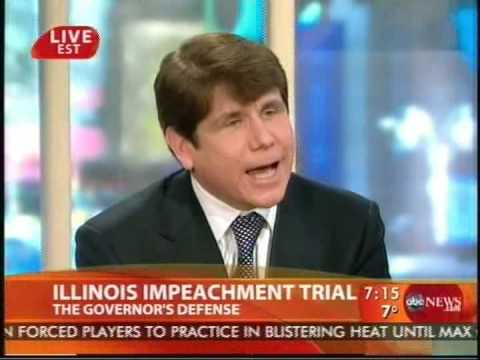 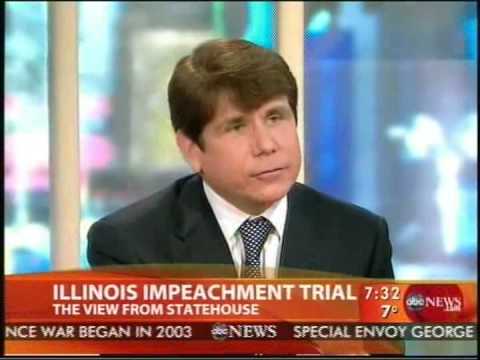