Michael F. Flaherty Jr., a popular city councilor and native son of voter-rich South Boston, launched his campaign for mayor yesterday, saying he wants to bring openness to a city government that is "run behind closed doors and has shut out the public."

In making the morning announcement, sent by e-mail and through a posting on YouTube, Flaherty set off for a decidedly uphill battle: toppling a four-term mayor on track to become the city's longest-serving chief executive who commands sky-high approval ratings and a $1.4 million campaign war chest.

Flaherty pitched himself as a next-generation mayor for Boston. After the e-mail, at 7:17 a.m., Flaherty changed his Facebook status to "Michael just announced he is running for Mayor!" and invited his 1,561 "friends" to visit his website, where he had posted a YouTube video laying out his plans.

"I want to lead this great city as its next mayor," Flaherty said in a telephone interview yesterday afternoon. "I love the city. I care deeply about all of our neighborhoods and our city's future, and that's the crux of what my campaign will be about."

Flaherty held no public events, relying on news of his announcement to spread virally through online networking tools, as he went to church and coached two ice hockey games.

His candidacy has long been expected, even before a campaign worker inadvertently leaked his intentions early by posting a test version of the announcement video on YouTube late Saturday night. The video was immediately posted by the widely read blog Universal Hub, a goof that caught his campaign flat-footed on the night before his planned roll-out.

"Regretfully, I think this simple commitment to democracy has become overshadowed by a city government that is run behind closed doors and has shut out the public," he said in the announcement, in which he spoke into the camera, sitting at his kitchen table, wearing a tie, with shirt sleeves rolled up.

Menino said last night that he welcomed Flaherty into a race that he himself has not yet officially joined. Menino said he had no timeline for announcing whether he will seek an unprecedented fifth term, because he is focusing on steering the city out of a financial crisis, a $140 million deficit in the next fiscal year. The municipal election is in November. 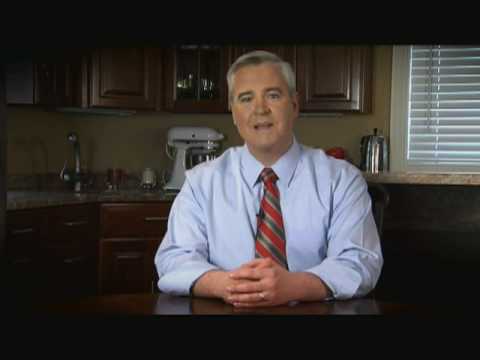