Miley and Mandy posting a favorites of 2008 video, Justin Gaston appears too, and put in his favorites too and then he also sings a song at the end too. Some of their favorites where, for Youtube video, it was for Justin and Miley, was Monquica, a skit that was on SNL last year with Shia LaBoulf. Mandy's was 'Can I have you number?' that one. Their favorite song of the year was, Miley's and Justin's was a Coldplay one, I didn't catch the title of it, because Justin was talking to softly, but they mention the name. Mandy's was Day and Night by Dave Buitly (Is that right? I didn't catch the artists name. I know it was a Dave.). Their favorite breakout star of the year was, Robert Patterson. 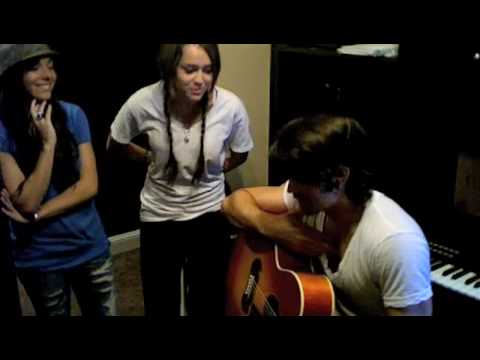