The Volvo XC60 is a compact crossover SUV produced by Volvo Cars.

It is built at the Volvo Cars factory in Ghent, Belgium.

The XC60 concept was a preview of the production XC60. It included a glass roof and a newly styled grille, with a much larger Volvo symbol, new shifting mechanism, mechanical tail gate, and 20 inch wheels.
The vehicle was unveiled at the 2007 North American International Auto Show.

The production vehicle was unveiled at the 2008 Geneva Motor Show. Sales began in Europe in the third quarter of 2008. North American models went on sale in early 2009 as a 2010 model, with a base MSRP of $37,200USD.
The XC60 shares technology with the Land Rover Freelander of 2007, using a modified version of the Volvo Y20 platform. The Land Rover LR3 will set the stage for these corporate siblings to enter the market, as much of the engineering and tuning of this CUV was done by Volvo in Sweden, only offroad capabilities were done at Land Rover in England. The project director for the XC60 is Lars Blenwall.
In April 2010, an R-Design variant of the XC60 will be available, featuring a color-matching body kit, stiffer chassis and damping, and other unique exterior/interior trim.

The XC60 is projected to include traditional Volvo safety features that would include whiplash protection system, side impact protection system, roll stability control, dynamic stability and traction control, inflatable curtain, hill descent control, collision warning with brake support, active bi-xenon lights, and patented front, side, and rear structures. The XC60 also introduces a new technology feature that Volvo has named City Safety. The system is described as a driver support system with the goal of preventing or mitigating vehicle-on-vehicle collisions below 30 km/h (19 mph); it does so through the use of a closing velocity sensor that helps determine whether a collision is likely. Depending on the speed, if a collision is likely, the Volvo's computer system will either prepare the car to brake or automatically brake the vehicle to avoid or mitigate a rear-end collision. Volvo also implemented the system to assist in towing caravans and trailers.
EuroNCAP evaluated the XC60 in 2008, awarding it 5 of 5 stars for adult occupant protection. The XC60 scored 16 of 16 points in the front test and 16 of 16 in the side test. The car received 2 of 2 points available in the pole test and an additional 3 points available for seat belt reminders. The XC60 received a total of 37 of 37 points and therefore five stars (33-37) in EuroNCAP's evaluation. The XC60 was one of only three cars (Nissan Qashqai, 2008-onward Renault Megane) to receive 37 of 37 available points under EuroNCAP's point based evaluation.
The Insurance Institute for Highway Safety awarded the Volvo XC60 their Top Safety Pick award. The XC60 was granted the IIHS's highest rating of "good" in front, side, rear and roof strength tests and has Electronic Stability Control as standard equipment to receive the award.

The 2010 Volvo XC60 is the Swedish car company's first foray into the compact crossover segment—the same niche that includes the BMW X3, Land Rover LR2, Acura RDX, and Infiniti EX35. Happily, the Volvo entry is one of the handsomest of the bunch, comes standard with all-wheel drive and surprising off-road specs, and adds to the brand's reputation for safety with a new twist.

With the $38,025 XC60, Volvo allows its designers freer rein. The XC60 is a handsome machine—particularly from the side, where it reminds other drivers of a four-fifths-scale Buick Enclave, and from the rear, where the taillights flow into its shoulders like the deltoids of a muscular athlete. The large "ironmark" badge and big grille complete the pro-sports analogy and may be a little big for some tastes. Inside, it's even more appealing: The Volvo trick of making a thin-panel console leaves storage behind its wood-paneled center stack, metallic trim outlines big geometric shapes, and all sorts of pleasing colors and textures fill out the cabin.

The XC60 shares some mechanical and structural pieces with the Volvo S80—the crossover's turbocharged V-6 engine and Haldex all-wheel drive will be familiar to fans of the big four-door. The XC60's 3.0-liter V-6 spins out 281 horsepower and 295 pound-feet of torque, and delivers it to the four wheels via a six-speed automatic transmission. The slight whistle that accompanies the turbo six is expected; there's also a little vibration that sounds more akin to diesel thrum, but it's not too loud. The six-speed automatic has a sport-shift mode that accesses the six's torque in abundant scoops, too. Together, the pair combines to scoot the XC60 to 60 mph in about seven seconds, quick for a sport-ute.

Anyone who thinks you can have too much of a good thing isn't familiar with the car business. Volvo's good thing has been the XC90 midsize luxury crossover, which debuted as a 2003 model and quickly became the brand's best-selling model. Now, Volvo is repackaging the successful XC90 formula for the compact luxury crossover crowd with the new XC60. It hits dealerships in March.

Even though it's Volvo's first foray into this growing segment, the XC60 is well executed overall. From its stylish design and upscale cabin to its sporty performance and numerous safety features, the XC60 impresses in all the right areas. Its gas mileage, however, may be a sticking point for some.
Sleek Looks
The new XC60 is one of the sleekest luxury crossovers available. The windshield flows smoothly into the roofline, and the back of the crossover is gracefully finished with a forward-swept D-pillar. The XC60 features tall, slender taillights, as do a number of Volvos — including the XC70 and C30 — but these are perhaps the most distinctive yet. They feature a slim line of LEDs that follow the outline of the roof pillar and are quite eye-catching.

The front of the XC60 likewise has strong styling cues, like a large mesh grille and bulging hood. Volvo uses lighting to good effect here, too, with thin, slanted running lights set on either side of the grille. Audi and BMW have shown how unique lighting can serve as a styling cue, and Volvo appears to be following suit. All XC60s have standard 18-inch alloy wheels, but 19-inch alloy rims are available through Volvo's vehicle accessory program.

T6 Means Turbo Power
The XC60's sole trim level is the T6, and it's powered by a turbocharged, 3.0-liter inline-six-cylinder engine that makes 281 horsepower and 295 pounds-feet of torque. By the numbers, it's one of the more powerful base engines available in a compact luxury crossover, and it felt plenty strong on the hilly roads outside San Francisco where I tested the crossover.

Helping matters on those hills was the engine's abundant torque at low rpm. Even with the engine spinning at only 2,400 rpm, pressing the gas pedal brings an immediate strong dose of acceleration, without a hint of turbo lag. The engine makes the XC60 one quick crossover when accelerating hard from a standstill, and it also feels strong at freeway speeds.

The turbo engine pairs with a six-speed automatic transmission that includes Sport and clutchless-manual modes. Most shifts are smooth and refined, but I experienced a couple of jerks during my drive. The Sport mode is less inclined to upshift, which keeps the engine revving faster, and it seemed best suited to the task of winding mountain roads; the engine never feels bogged down when accelerating out of a slow corner.

The XC60 has standard all-wheel drive. It's based on front-wheel drive, but it can apportion power to the rear wheels when necessary. The XC60 doesn't include any low-range gearing for serious offroad use, but it does have 9.1 inches of ground clearance. For a vehicle that doesn't look like it rides especially high off the ground and isn't difficult to step into, that's quite a bit of clearance.

Volvo expects the EPA to estimate the XC60's gas mileage at 16/22 mpg city/highway, which puts it behind many of its competitors. 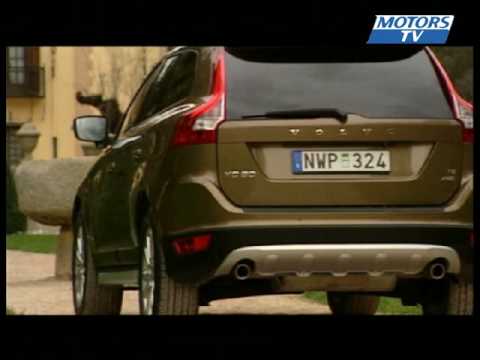 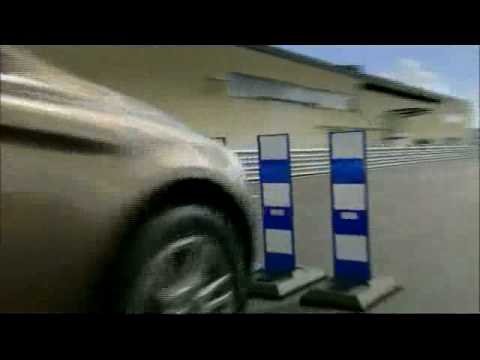