The Nissan 370Z (known as the Fairlady Z in Japan) is a sports car manufactured by Nissan Motors.

It was announced on October 29, 2008 and was first shown at an event in Los Angeles ahead of the 2008 Greater LA Auto Show, before being officially unveiled at the show itself. The 370Z is the sixth-generation of the Nissan Z-car line, succeeding the 350Z.

Almost every piece and component of the 370Z has been redesigned. It is powered by the VQ37VHR 3.7 L (230 cu in) DOHC V6 with Variable Valve Event and Lift Control and produces 332 bhp (248 kW; 337 PS). Power delivery to the rear wheels comes through a new 7-speed automatic transmission with paddle shifters or 6-speed manual transmission which features the world's first synchronized downshift rev-matching system or SynchroRev Match. The differential offered with the Sport Package is indicated to be a viscous limited slip differential manufactured by Torsen.
Compared to the 350Z, the 370Z has a wheelbase 4 in (100 mm) shorter at 100.4 in (2,550 mm) and an overall length 2.7 in (69 mm) shorter at 167.1 in (4,240 mm). The overall width has been increased by 1.3 in (33 mm), the rear track by 2.2 in (56 mm), and overall height reduced by 0.3 in (7.6 mm). The smaller exterior dimensions and use of more lightweight materials help reduce weight. (Although it should be noted that a 2003-2005 base model 350Z is actually lighter in weight than the 370Z). The 370Z features a front aluminum subframe, aluminum-alloy engine cradle, aluminum door panels, an all-aluminum hood, and an aluminum hatch.
Front body torsion rigidity is improved by 30 percent with an extensively revised body structure which includes a new front suspension cradle to reduce front body lateral bending, new rear structural reinforcements, and an underbody "V-bar" to help reduce rear lateral bending. Additional enhancements include the use of a carbon fiber composite radiator housing and strengthening of the rear fender and hatch areas. Rear body torsion rigidity is improved by up to 22 percent and rear body vertical bending rigidity is improved by up to 30 percent. The new structure weighs slightly less than the 350Z's.
The coefficient of drag is 0.30 and 0.29 with the Sport Package, figures identical to the 350Z.

In the 50-some-odd years that Japan has been exporting automobiles to the U.S., most have been of the reliable, sensible-shoes variety. There have been very few "icons" -- cars that transcend basic transportation, eliciting a strong emotional connection that resonates for decades. The Nissan Z car is one of those few and the first to show up on American shores. Although various numbers have appeared in front of that Z (plus the occasional X on the back end) as the engine displacement rose, each Z car has been a top performance choice among contemporary sports cars. The 2009 Nissan 370Z carries on this tradition while raising the bar for all sport coupes.

There are clear visual ties between the 370Z and its successful 350Z predecessor (which continues on this year as a convertible only), but from the ground up, every aspect of the Z has been revisited, redesigned or re-engineered to create a more finely polished performance machine. The wheelbase has shrunk and the rear track widened, while 95 pounds have been trimmed from its waistline. Not only does this pay dynamic dividends, but the car now looks trimmer, too. Torsional and bending rigidity have been increased, yet the old structural crossmember that used to eat up valuable cargo space has been relocated out of the way. All of this plus revised suspension tuning results in a car that feels more premium and grown up.

The engine has grown up as well. As its larger number for 2009 suggests, the 370Z boasts a bigger engine, one it shares with Infiniti's G37. This 3.7-liter V6 is basically a larger version of the outgoing engine, with variable valve timing, variable valve lift and a redline of 7,500 rpm. Its 332 horsepower is actually 17 more hp than in the 2010 V8-powered (and heavier) Mustang GT.

On the inside, the new Z benefits from a revised interior that's higher in quality than before. There's less hard plastic, easier-to-read gauges (yes, they still move with the tilt action of the steering wheel) and even a proper glovebox. The Touring trim level continues this year, with upscale features such as leather seating, Bluetooth and a hard-drive-based navigation system with music storage capability.

If there's one area where the 370Z inherently struggles, it's practicality. Even with the newly inverted rear brace, the cargo area remains on the small side, and with only two seats, you'll rarely be called on to be the designated driver (perhaps that's a good thing). If you need additional space, the BMW 1 Series, Infiniti G37 and Mazda RX-8 are smart alternatives, while the Hyundai Genesis Coupe and the new batch of 2010 American muscle cars (Camaro, Challenger, Mustang) may also be worth a look. However, if you can work around its size limitations, the 2009 Nissan 370Z delivers abundant power, strong brakes, world-class handling, a comfortable ride, a pleasant interior, an ample features list and a reasonable price. That's what we call a winner -- and another Japanese automotive icon.

Body Styles, Trim Levels, and Options
The 2009 Nissan 370Z is only available in a two-seat coupe body style with base and Touring trim levels. The convertible roadster version retains the 350Z name and body style.

Optional on both 370Z models is a sport package that adds 19-inch wheels, a limited-slip rear differential, upgraded brakes, front and rear spoilers and the downshift rev-matching SynchroRev Match feature for manual-equipped cars. Optional on the Touring is a navigation package that includes a navigation system, real-time traffic, a 7-inch screen, voice recognition, digital music storage (9.3GB), an auxiliary audio/video jack and an iPod interface.

Powertrains and Performance
The 2009 370Z is powered by a 3.7-liter V6 good for 332 hp and 270 pound-feet of torque. A six-speed manual transmission is standard, and when equipped with the sport package includes SynchroRev Match. This feature automatically blips the throttle during downshifts, eliminating the need to heel-and-toe downshift. A seven-speed automatic transmission is optional and includes manual-shift paddles.

In performance testing, the 370Z went from zero to 60 mph in 5.1 seconds. It also stopped from 60 mph in 101 feet, which is about the same as that of the outlandish Nissan GT-R supercar. Nissan estimates the car's fuel economy at 18 mpg city/26 mpg highway.

Interior Design and Special Features
The interior was probably the old 350Z's low point: a dour den of cheap black plastic with limited storage capacity. The 2009 370Z features the same basic look with equally intuitive controls, but materials are greatly improved and in line with the rest of Nissan's pricier offerings. The driving position is now friendlier for tall folks even though there's still no telescoping feature for the steering wheel. The instrument pod continues to tilt along with the wheel, though the gauges tend to reflect off the windshield.

Storage has also been enhanced, thanks to a traditional glovebox (the old car only had a bin behind the passenger seat) and a cargo area that's no longer intruded on by a large structural brace. You can now actually fit a suitcase in a Z car. However, there's a rather nasty right-rear blind spot to contend with.

Driving Impressions
You don't have to be a magician to utilize the 370Z's extra dimension of performance, which is truly thrilling. As before, the VQ-Series V6 performs with even more gusto than you'd expect. However, one gets the feeling that it's stretched to its limits, as vibration grows disturbingly intense the closer you get to the engine's 7,500-rpm redline. Though the six-speed manual transmission is the obvious enthusiast's choice -- especially considering the trick new downshift rev-match function -- this year's new seven-speed automatic is similarly impressive for its quick shifts and rev-matching ability.

On the road, the 2009 Nissan 370Z provides unrelenting contact and razor-sharp control, and yet it's also easy to drive and generally makes you feel like a better driver. Gone is the stiff-legged feel of the 350's suspension, replaced by a ride that's almost European in its ability to be supple without mucking up the handling. However, the sport package's 19-inch wheel-and-tire combo, which admittedly provides seriously tenacious grip, can get awfully noisy, especially on concrete highway slabs. If there's not a lot of aggressive driving on your docket, we'd suggest skipping the sport package and sticking with the standard 18s.

At the Z car’s U.S. introduction 40 years ago, Datsun wisely chose not to employ its domestic “Fairlady” moniker, which Yutaka Katayama knew would have been tantamount to calling, say, the Corvette the “Cocker Spaniel.” Since then, the hyphen that originally separated the “240” from the “Z” has vanished, 1.3 extra liters of displacement have more than doubled the original engine’s output, an actor briefly made Mr. K a red-bespectacled TV star, and the car’s price has swollen by about $27,000.

Nissan refers to this latest Z as an “enhancement,” likely largely a male enhancement, rather than a whole new car. The company is being modest. The wheelbase is shorter by 3.9 inches, width is up 1.1 inches, length is down 2.7 inches. The larger engine (same V-6 as in the Infiniti G37) produces 332 horsepower, a bonus of 26, and sits 15 millimeters (0.6 inch) closer to the pavement, which is now hugged by a true unequal-length control-arm front suspension. Although Nissan’s engineers had to add nearly 200 pounds of safety and regulatory bric-a-brac, the car is only 33 pounds heavier than the 350Z we tested in June of ’07, in part because the hatch, A-pillars, and doors are now aluminum. We know, because we attacked them with a “Big Sky” fridge magnet.

Two models are on offer: the base car, starting at $30,625, and a Touring version, which leans toward luxury—leather, Bose stereo, so forth. In either case, options are few: a nav system, a $1300 seven-speed automatic, and a $3000 Sport package. The latter, as fitted to our test car, includes a limited-slip diff, 19-inch wheels, spoilers, larger brake rotors and aluminum calipers, and “SynchroRev Match” for the six-speed manual.

Every body panel is fresh, and the styling, penned in San Diego, is largely successful, although it ignited some vivid office discussions. First, the dual shark’s teeth in the grille look like the outcome of a dolorous ninth-grade study-hall class. The oversize chrome door handles, which we’d paint flat black or body color, would look more at home on a Nissan Armada. And the roof so steeply cants downward that its leading edge forms a sharp, hard crease we’re calling the “Alfalfa peak”—an odd ridge on a car that is otherwise a lava-lamp jubilee of rounded Oprah-ness. Nissan says the roof is intended to look like the GT-R’s. We ask, “Is that important?” A convertible 370Z will arrive as a 2010 model.

The cockpit is richer than its predecessor’s, with graceful contrasting stitching, a kneepad on the center console, and a classy hinged leather panel covering the hole you’ll create if you don’t order the nav system. There’s now even a glove box. The accelerator pedal is floor mounted, and its travel feels freer and more linear. The steering wheel is asymmetrical, neither circular nor oval, but its size and grip are perfect. Although the wheel is adjustable for rake alone, the entire IP moves along for the ride, assuring a clear shot at the gauges. The driver’s seat is more aggressively bolstered than the passenger’s, and both are upholstered in nonslip fabric. It’s a tight fit, with the more globularly hipped among us contemplating the possibility of embarrassing chafing. The size of the shift knob, the pedals’ placement, the three big HVAC controls—all represent an ergonomic hat trick. What’s more, the monstrous cross support aft of the seats, which nearly bifurcated the cargo area, is now replaced by a simple aluminum tube that does minimal damage to storage space. 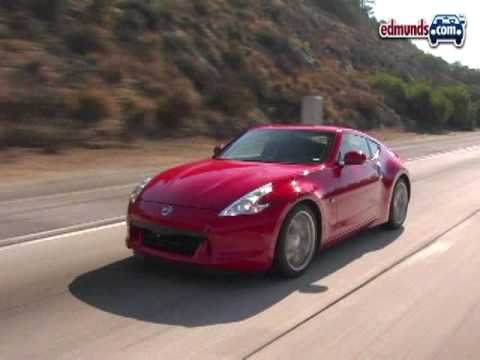