How I Met Your Mother, Season 4

The gang continues to mature as they all reach their 30s.

Stella says "yes" to Ted's proposal, but she leaves him at the altar in order to get back together with the father of her daughter, Tony. Ted eventually makes his peace with this over time. Barney struggles with his feelings for Robin. Barney's company shifts him to the management team of a new acquisition, Goliath National Bank, and Barney in turn gets Marshall a job as in-house counsel and a contract for Ted's firm to design GNB's Manhattan headquarters.

Marshall and Lily finally move to their new apartment and struggle over whether or not they're ready to have children. Robin takes a new job in Japan, but finds it's even worse than Metro News One and quickly quits and returns to New York for Ted's wedding. Soon after her return, she becomes roommates with Ted and eventually gets a job as an anchor for a 4:00 A.M. news show, after Barney sends her video resume to media companies. Ted finds out about Barney's feelings for Robin when Ted and Robin sleep together constantly so they won't fight over each others bad habits. Relationship tension begins rising between Barney and Robin. Ted finds out Lily has sabotaged all of his relationships with anyone she doesn't approve of and indirectly may have inspired his breakup with Robin. Robin and Ted end up talking about it, causing their friendship to begin moving towards a positive note.

Ted gets laid off from his design job for GNB, resulting in the founding of his own independent company named "Mosbius Designs". As his birthday approaches, Ted anticipates old age but comes to understand that the journey is just as much fun as the ending. Likewise, as Barney finally sleeps with his 200th woman and, after rubbing it in the face of the childhood bully that taunted him into pursuing it, questions what the rest of his life would be about now, leaving him more certain of his feelings for Robin.

Ted, while carrying the yellow umbrella, bumps into Stella and Tony. Tony later decides to visit him, sympathizing with Ted in his loss of Stella. Tony offers him a job as a professor of architecture, which Ted turns down, saying he doesn't miss Stella nor want her back, since she lied to him and left him at the altar. This causes Tony to break up with Stella, but after Stella's convincing Ted manages to reunite the pair, who then move to California. In his last words to Stella, Ted mentions he wants what Tony and Stella, and Lily and Marshall, have for each other. Stella tells him his girl is coming as fast as she can.

Lily actually abandons the group and disappears for 4 weeks after hearing a dirty joke from Barney (this is while Alyson Hannigan was giving birth). In the Season Four finale Robin finally finds out Barney's love for her, which she then reciprocates. Ted decides he is done being an architect and opts to instead teach architecture classes. The finale ends with the tease that Ted's children's mother is in his class. 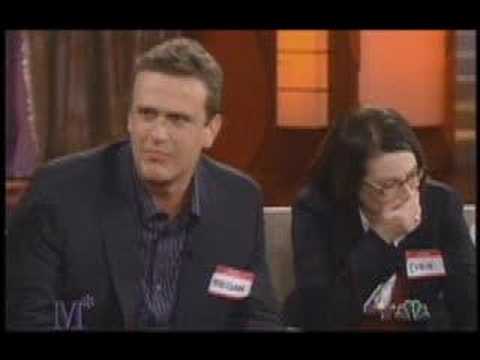