In the 2008 Summer Olympics, Michael Phelps won 8 gold medals, the record for the most medals won at a single olympics.

With this record, he surpassed Mark Spitz, who had held the previous gold medal total with the seven. In the 2008 Olympics Michael Phelps set 7 new world records, only missing the 100 m Butterfly, where he beat Milorad Čavic by 0.01 seconds.

On August 17, Phelps won his eighth gold medal in the men’s 4×100-meter medley relay, breaking Mark Spitz’s record of seven gold medals won in a single Olympic Games, which had stood since 1972.[91] Phelps, along with teammates Brendan Hansen, Aaron Peirsol, and Jason Lezak, set a new world record in the event with a time of 3 minutes and 29.34 seconds, 0.7 seconds ahead of second-place Australia and 1.34 seconds faster than the previous record set by the United States at the 2004 Olympic Games in Athens. When Phelps dived in to swim the 100-meter butterfly leg, the third leg of the 400-meter medley, the United States had been trailing Australia and Japan. Phelps completed his split in 50.1 seconds, the fastest butterfly split ever for the event, giving teammate Jason Lezak a more than half-second lead for the final leg, which he would hold onto to clinch the event in world record time.

Records are always made to be broken no matter what they are ... Anybody can do anything that they set their mind to.”

— Michael Phelps on his achievement 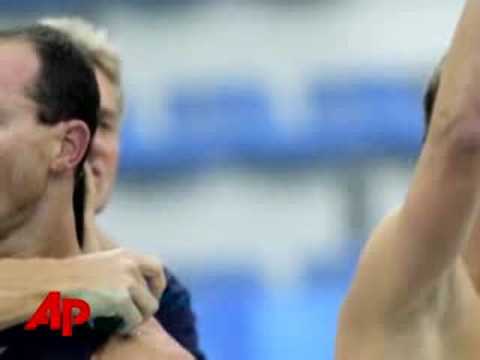 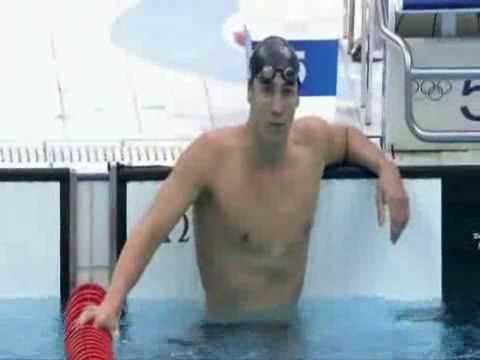