In Brief: The Chicago Air & Water Show happens each summer for one weekend in August, and over 2 million people flock to the shores of Lake Michigan for the event.

It is the oldest and largest free show of its kind in the United States. This year for the first time, the festivities begin on Friday.
Where:
Along the Lake Michigan lake front, from Fullerton Avenue to Oak Street Beach. North Avenue Beach is the main focal point.
When:
Friday, August 15, Saturday, August 16, & Sunday, August 17, 2008
Hours:
Friday, 3 p.m. - 9:30 p.m.; Saturday - Sunday, 9 a.m. - 4 p.m. each day. Air show begins at 11 a.m.
Admission:
Free!
Getting to the Chicago Air & Water Show By Public Transportation:
CTA bus routes 151 or 156
Parking at the Chicago Air & Water Show:
Did I mention that over 2 million people will be in attendance? Chicago public transportation is highly recommended. But if you really must drive, get there early, and you can maybe score a spot in the Lincoln Park Zoo/North Avenue Beach parking lot. The entrance to the lot is just west of Lake Shore Drive on Fullerton Avenue. All-day parking is $22.
About the Chicago Air & Water Show 2008:

The Chicago Air & Water Show rivals only Taste of Chicago as one of the biggest events of the summer. The oldest and largest show of its kind in the country, this year the show will feature these performers:

On the water side of the event, the Shell Extreme Water Show entertains the crowd with some of the world's finest wave riders cruising along the waves of Lake Michigan.

This year, the show has been expanded to Friday afternoon. The Blue Angels and the Golden Knights will be performing, followed by a concert at 5:00 at the North Avenue Beach House by Chicago's own Gary Sinise and his Lt. Dan Band. The Bill Leff Airshow will also be performing some nighttime pyrotechnics, and the evening wraps up with fireworks at 9:00 p.m.

As one reader reminded me, the day before the show starts is "practice day" so if you're downtown on Thursday and hear jets roaring overhead we're not being invaded -- head over to the lakefront to see some of the action while avoiding the crowds.

The 50th Annual Chicago Air & Water Show will take to the skies over North Avenue Beach in Downtown Chicago, Illinois August 15th-17th (The 15th being the practice show day and the 16th & 17th being Show days).

The Air & Water Show is largest FREE Event of its kind in the country (and the longest running). The show began in 1958 as a small festival and has now grown into one of the Largest Air & Water Shows in the WORLD! The Show is known for hosting the BEST In Civilian Aviation, and hosting a Wide Array of Military Aircraft.

2008 marks the 50th Anniversary of the show, so, from what Ive heard, there will be SEVERAL special treats! 2007 saw the Raptor Demonstration, 2008 will prove to be even more.

Rumors have been flooding around that both the United States Navy Blue Angels & The United States Air Force Thunderbirds will be headlining at the 2008 Show along with the US Army Golden Knights Parachute Team. The Canadian Forces Snowbirds Demonstration Team has also been thrown into the Mix as a STRONG Possibility. It would be absolutely AMAZING of Chicago could land all 3 for Big #50 (All 3 at the same show is a RARE site). It is very hard to swing all 3 teams, but Chicago could pull it off (They normally switch between the Blues & T-Birds every other year and the Snowbirds have made appearances in Chicago as well). Time will soon tell....

As for Civilian-
The Lima Lima Flight Team
AeroShell Aerobatic Team
Red Baron Stearman Squadron
& Sean D. Tucker
.....are once again expected to return for the 50th Anniversary Show....along with some NEW Civilian Pilots and some possible other returners.

The times for the show may be extended to hold a larger lineup.

The ONLY trouble with Chicago, is Parking and Traffic....more on that will come as the show draws near!

Looking forward to what will probably be a GREAT show! 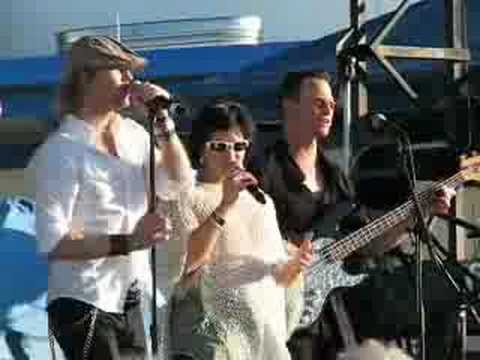 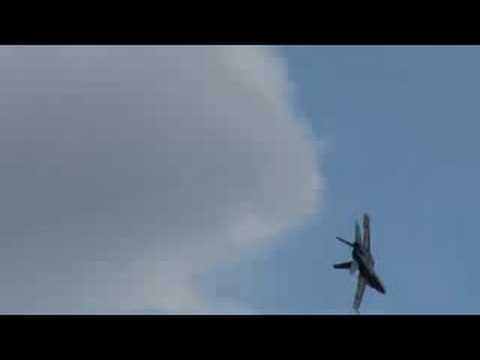