Street Fighter IV is a 2008 fighting game produced by Capcom.

It is the first numbered Street Fighter game released by Capcom for the arcades since 1999. The coin-operated arcade game was released in Japan on July 18, 2008 with North American arcades importing the machines by August. The console versions for the PlayStation 3 and Xbox 360 were released on February 12, 2009 in Japan, and were sold in North American stores as early as February 16, with a February 18 intended release date. The official European release was on February 20. A Windows version was released on July 2, 2009 in Japan, July 3, 2009 in Europe and July 7, 2009 in the US. As of March 31, 2009, Street Fighter IV had sold over 2.5 million copies worldwide.

While Street Fighter IV features models and backgrounds rendered in 3D, the gameplay remains on a traditional 2D plane, with the camera having freedom to move in 3D at certain times during fights, for dramatic effect. Producer Yoshinori Ono has stated that he wanted to keep the game closer to Street Fighter II. A new system called "Focus Attacks" ("Saving Attack" for the Japanese version) has been introduced, as well as Ultra moves. The traditional six-button control scheme returns, with new features and special moves integrated into the input system, mixing classic gameplay with additional innovations.

Stephen Kleckner of 1UP.com has stated the game has a similar feel to Super Street Fighter II Turbo, but also has a few features from Street Fighter III 3rd Strike. Pressing both light attack buttons is still for throwing, and both heavy attack buttons are for the personal action or taunts. Pressing both medium attack buttons makes your character perform the focus strike. Dashes and quick standing are also in the game. C.Viper is the only character who can perform a high jump.

It was intended that bonus rounds such as the car-smashing stage from earlier Street Fighter games would return. Ono later stated that the bonus stages would not be in the arcade game, citing the reason to be that the time players spend on bonus stages is time during which they have no chance of losing, which ultimately takes money from arcade operators

Chun-Li's thighs aren't a reflection of my personal tastes or fetishes so much as they are a product of the character's design. That's just who Chun-Li is. I certainly wouldn't dream of thickening up every female thigh in the game. I mean, characters who need big thighs will be graced with big thighs. Characters who require thinner legs will get a pair of legs that suits them.

That said, let me be clear on one point: These characters are fighters. They are tough. They do a lot of kicking and probably work out a lot. I wouldn't imagine that too many of them would have spindly little stick legs. That would be really strange. I'm certainly not consciously trying to emulate the design of Street Fighter III or anything, if that's what it looks like to you. I'm just examining the entire series and drawing the best parts of each generation of design into a cohesive whole.”

Source: 1UP Added by: Rob Brent 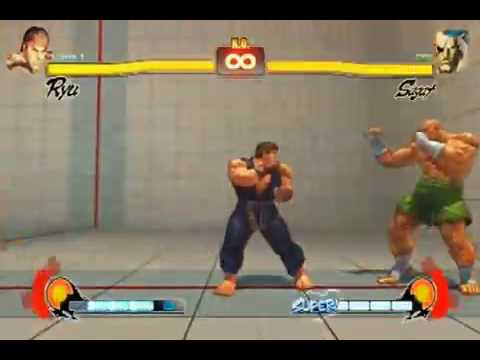