Lego Indiana Jones: The Original Adventures is a 2008 video game developed by Traveller's Tales and published by LucasArts.

The game allows players to recreate moments (albeit more humorously) from the first three Indiana Jones films. It features the same drop in/out co-operative play mode as seen in the Lego Star Wars video games, although it is restricted to local console play. The game was released on June 3, 2008 in the United States and Canada, and June 6, 2008 in Europe. A downloadable demo for Windows was made available on May 13, 2008. This game is based on the Lego Indiana Jones toy line.

The game often follows the events in the films, however like the Lego Star Wars series, some scenes from the film have been altered to become more family friendly or just provide comic relief to the player.

A sequel/expansion pack entitled Lego Indiana Jones 2: The Adventure Continues is awaiting release in 2009 and it will include game levels for Indiana Jones and the Kingdom of the Crystal Skull and other brand new features. 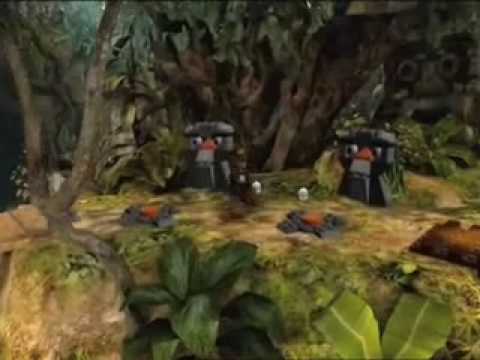