The Incredible Hulk is a 2008 superhero film based on the Marvel Comics character the Hulk.

It is directed by Louis Leterrier and stars Edward Norton as Dr. Bruce Banner/the Hulk. It is not a sequel to Hulk (2003), but rather a reboot that establishes a new back-story where Banner became the Hulk as an unwitting pawn in a military scheme to reinvigorate the supersoldier program through gamma radiation. On the run, he attempts to cure himself of the Hulk before he is captured by General Thaddeus "Thunderbolt" Ross (William Hurt), but his worst fears are realized when power-hungry soldier Emil Blonsky (Tim Roth) becomes the Abomination. Liv Tyler also stars as Betty Ross, Banner's girlfriend and General Ross's daughter.

Marvel Studios reacquired the rights to the character after the mixed reception to Hulk, and writer Zak Penn began work on a loose sequel that would be much closer to the comics and the television series. Norton rewrote the script after he signed on to star, which clarified the film's new back-story. Leterrier aimed to make the film realistic, giving a more frightening direction for the look of the monsters, while redesigning the Abomination from the comics' reptilian humanoid into a mutated monster with bony protrusions. Filming mostly took place in Toronto, Canada in 2007, where the production attempted to be environmentally friendly.

The film outgrossed its predecessor and generally received more positive reviews. Despite this positive reception Marvel chose to put off a possible sequel until after 2012's The Avengers. As of April 6, 2009, the film has grossed $263,427,551 in worldwide box office and it made $85,755,879 in home video sales, bringing its total film gross to $349,183,430. 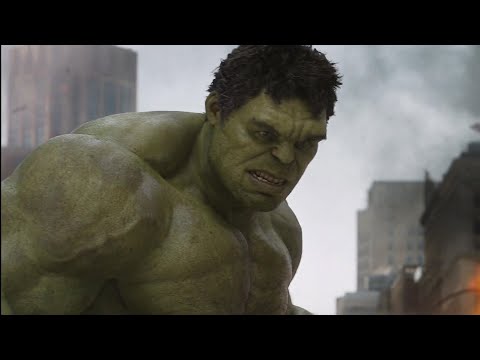