Tiger Woods, in clear agony after his recent left knee operation, completed a staggering U.S.Open victory on Monday by defeating fellow-American Rocco Mediate in a marathon playoff at Torrey Pines.

On the very day he reached 500 weeks as world number one, Woods took his total of majors to 14 -- just four short of Jack Nicklaus's record -- on the first sudden-death hole, after both players had carded level-par 71s in Monday's 18-hole playoff

Mediate, who himself had fought back from three down after 10 holes to lead by one on the final tee, then bogeyed the first extra hole of sudden death to hand Woods victory. 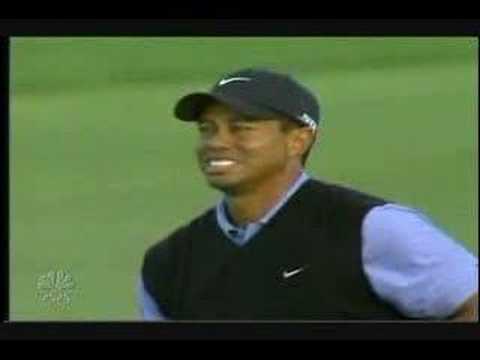