Medvedev was appointed First Deputy Prime Minister of the Russian government on 14 November 2005. Formerly Vladimir Putin's Chief of Presidential Staff, he was also the Chairman of Gazprom's board of directors, a post he had held, for the second time, since 2000. Medvedev's candidacy was backed by then President Vladimir Putin. On 10 December 2007, he was informally endorsed as a candidate for the forthcoming presidential elections by the largest Russian political party, United Russia and several pro-presidential parties, and officially endorsed by United Russia on 17 December 2007. A technocrat and political appointee, Medvedev had never held elective office before 2008.

Before 25 December 1991 the head of state was known as the President of the Russian Soviet Federative Socialist Republic (Russian: Президент Российской Советской Федеративной Социалистической Республики). 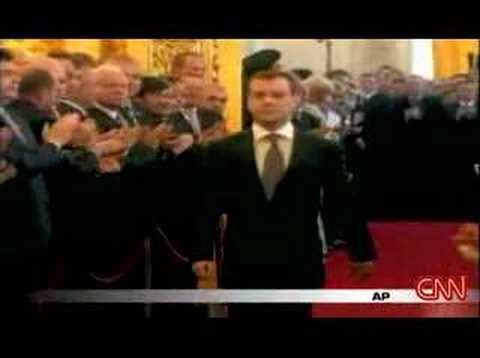