Indiana Jones and the Kingdom of the Crystal Skull released

Indiana Jones and the Kingdom of the Crystal Skull is a 2008 adventure film.

It is the fourth film in the Indiana Jones franchise, created by George Lucas and directed by Steven Spielberg. Released nineteen years after the previous film, the film acknowledges its star Harrison Ford's age by setting itself in 1957. It pays tribute to the science fiction B-movies of the era, pitting Indiana Jones against Soviet agents – led by Irina Spalko (Cate Blanchett) – for a psychic alien crystal skull. Indiana is aided by his former lover Marion Ravenwood (Karen Allen) and their son Mutt Williams (Shia LaBeouf). Ray Winstone, John Hurt, and Jim Broadbent are also part of the supporting cast.

Marketing relied heavily on the public's nostalgia for the series, with products taking inspiration from all four films. Anticipation for the film was heightened by secrecy, which resulted in a legal dispute over an extra violating his non-disclosure agreement and the arrest of another man for stealing a computer containing various documents related to the production. Indiana Jones and the Kingdom of the Crystal Skull was released worldwide on May 22, 2008, and was a financial success, grossing over $786 million worldwide, becoming the second highest grossing film of 2008. The film received mostly positive reviews from critics, but fan reaction was mixed. 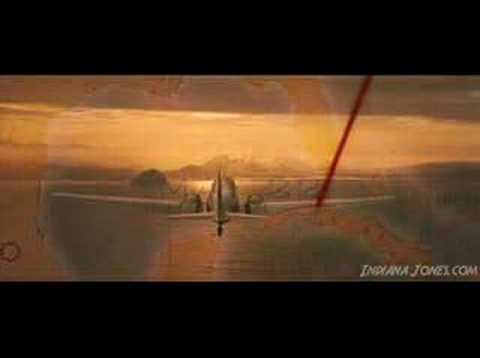