It is the second in The Chronicles of Narnia film series from Walden Media, following The Chronicles of Narnia: The Lion, the Witch and the Wardrobe (2005). The four Pevensie children return to Narnia to aid Prince Caspian (Ben Barnes) in his struggle for the throne against his corrupt uncle, King Miraz (Sergio Castellitto). The film was released on May 16, 2008 in the United States, in Australia on June 5, 2008, and on June 26, 2008 in the United Kingdom.

Prince Caspian is also the last Narnia film distributed by Walt Disney Pictures, as it was announced in January 2009 that Disney will not distribute the Narnia film series. Work on the script began before The Lion, the Witch and the Wardrobe was released, so filming could begin before the actors grew too old for their parts. Director Andrew Adamson wanted to make the film more spectacular than the first, and created an action sequence not in the novel to up the ante. The Narnians were designed to look wilder as they have been hiding from persecution, stressing the darker tone of the sequel. The filmmakers also took a Spanish influence for the antagonistic race of the Telmarines. Filming began in February 2007 in New Zealand, but unlike the previous film, the majority of shooting took place in Central Europe, because of the larger sets available in those countries. To keep costs down, Adamson chose to base post-production in the UK, because of recent tax credits there. 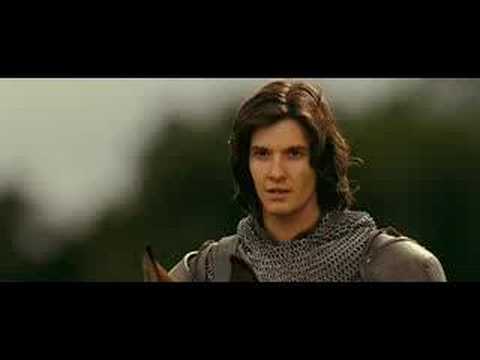