It is the sixth 3D game in the Grand Theft Auto series.

The game is set in a redesigned rendition of Liberty City, a fictional city based heavily on modern day New York City. It follows Niko Bellic, a war veteran from an unspecified country in Eastern Europe, who comes to the United States in search of the American Dream, but quickly becomes entangled in a seedy underworld of gangs, crime, and corruption. Like other games in the series, GTA IV is composed of elements from driving games and third-person shooters, and features "open-world" gameplay that gives players more control over their playing experience. GTA IV is the first console game in the series to feature an online multiplayer mode, which contains fifteen game types.

Grand Theft Auto IV was released for the PlayStation 3 and Xbox 360 in Oceania, Europe and North America on 29 April 2008, and in Japan on 30 October 2008. A Windows version of the game was released in North America on 2 December 2008 and in Europe on 3 December. Two episodic packs are being developed for the Xbox 360, the first of which is entitled The Lost and Damned and was released on 17 February 2009. The next expansion pack will be called The Ballad of Gay Tony, featuring a character that made several appearances throughout the game by the name of Luis Fernando Lopez.

A major commercial and critical success, Grand Theft Auto IV broke industry records with sales of around 3.6 million units on its first day of release and grossing more than $500 million in revenue in the first week, from an estimated 6 million units sold worldwide. As of 11 March 2009, the game has sold over 13 million copies. Grand Theft Auto IV received overwhelmingly positive reviews, becoming one of the highest-rated games of all-time on aggregated review websites such as Metacritic and GameRankings. 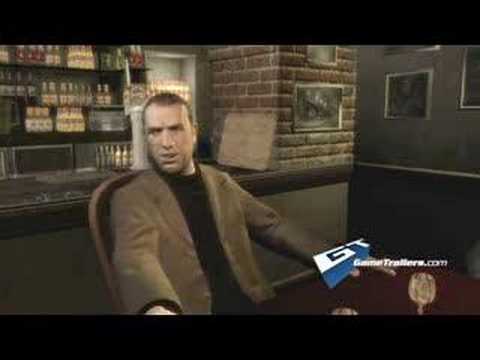