The girls wake up early for Miley's radio interview with Ryan Secreat, starting the video while Mandy's on hold and including Ryan('s voice) as their promised guest star.

Miley told him they were doing a video as they did the interview and were featuring him as a guest star because they couldn't find anybody better, and joked that the Jonas Brothers were too expensive. If you listened to the interview you have heard of this vid, now see it! Mandy promoted her girl group The Beach Girls who will be performing soon and Miley who had surprised Ryan with her appearance, talked about the Hannah Montana movie.

SPECIAL GUEST EPISODE!
Its not the full interview because the camera shut off but we pieced it together as much as possible! HOPE YOU LIKE IT! 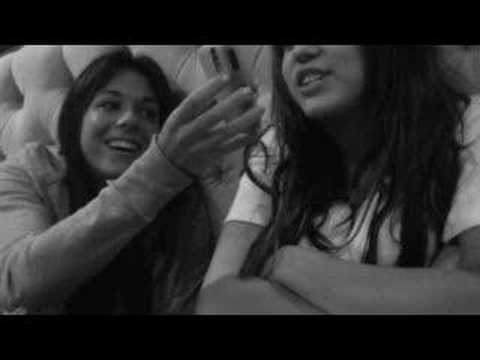