Dark Sector is a third-person shooter video game for the Xbox 360, PlayStation 3 and Microsoft Windows developed by Digital Extremes.

Set in the crumbling infrastructure of a fictional Soviet-bloc country in the near future, the game features both single and multi-player action, with players working their way through a world where biological weapons are a hellish nightmare, let loose on an unsuspecting populace.

The game's main character is a man named Hayden Tenno (voiced by Michael Rosenbaum of Smallville fame), a morally ambivalent clean-up man employed by the CIA. He suffers from a real-life disease called congenital analgia that does not allow him to feel pain. On a mission in a fictional former eastern bloc nation, he is exposed to a biological compound which mutates him, dramatically changing his right arm, and giving him the ability to grow a three-bladed throwable weapon (incorrectly) called a glaive at will. As explained in Game Informer magazine, the glaive is a part of his body, can be used to generate light, and can be controlled remotely by the player.

Dark Sector was met with mixed reviews. Many critics compared it to Resident Evil 4 and Gears of War due to the similar style of play and story, yet it was praised for its originality of action and weapon-based gameplay. 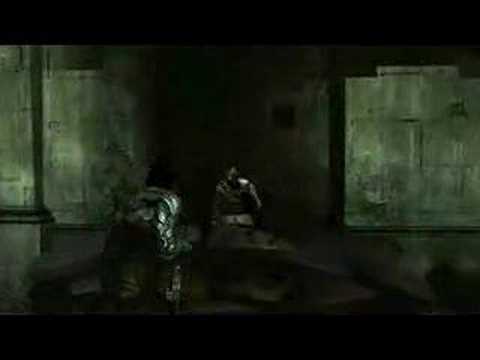