The annual parade begins from Broadway at the MBTA Station and goes to Andrew Square, boasting floats, fancy dress and all the usual hullabaloo we've come to associate with this quintessential Irish celebration. Expect marching bands and pipe bands from all over North America.

St Patrick's Day is one of the only national holidays celebrated outside its native land - a clear indication of the Irish influence thoughout the world and especially in the USA.

In 2008, Boston's St. Patrick's Day parade will be held on Sunday, March 16 beginning at 1p.m. and will follow a parade route from Gillette Park to Andrew Square, a marching distance of a little more than 3 miles. This is a major annual event in the City of Boston and for "Southie" as more than a half million spectators will nudge the parade route for the best view. There will be plenty to see with nearly 40 musical units including of course many pipe and drum bands. Groups will include local bands but many will also come from around the country and even as far away as Ireland itself. Like the 4th of July Fireworks on the Esplanade, the St. Patrick's Day Parade in South Boston is a part of what makes Boston special. The parade has grown over its long history until today if you decide to attend the parade in Boston, not only will you be at one of the best St. Patrick's Day Parades in Massachusetts, you will also be attending the second largest of such parades in the entire nation.

DO:
Arrive early. If you drive, plan to have breakfast in Southie, because all parking spaces will be gone by 10am. The parade closes Broadway, the neighborhood's main drag, which means MBTA buses run on their regular Sunday schedule before noon, but then get diverted to god knows where and don't get on-route again until early evening. Your best bet is to take the Red Line into Broadway Station and walk from there.

Chat with your neighbors. Despite their somewhat surly reputation, Southie residents love to tell a good story. And on St. Patrick’s, their stories tend to have even more flourishes than usual.

Keep it clean(ish). St. Patrick's Day is a loud and proud holiday, and boisterous parade-watching behavior is certainly encouraged. But even though the parade attracts over 800,000 people, it’s still very much a neighborhood event—you’ll see grandparents, kids, babies, and bulldogs enjoying the spectacle. Don't do or say anything that’d make your mother smack you upside the head and you should be fine.

DON'T:
Plan a pub crawl. If you want to celebrate in one of the neighborhood’s well-stocked bars, claim your spot and be prepared to defend it—it’s gonna get packed. Almost everywhere will have a line out the door by noon. Yeah, you might miss some (or all) of the parade, but the advantages are access to legal alcohol and a bathroom.

Make fun of the accent. Laugh at dropped Rs and elongated vowels and you will be, as Bostonist's father says, cruisin’ for a bruisin’.

Flout public drinking laws. Red Solo cups, water bottles, and clear soda bottles filled with beer will not fool the police. And open beer cans in their line of sight will make them pretty unhappy with you, because they will have to stop enjoying the parade in order to bust you. Don't make the cops unhappy. It's not what St. Patrick would have wanted.

In Suffolk County, Massachusetts, March 17 is Evacuation Day, an official holiday commemorating the evacuation of the city of Boston by British forces during the American Revolutionary War. Schools and government offices are closed. If March 17 falls on a weekend, schools and government offices are closed on the following Monday in observance. Coincidentally, it is the same day as St. Patrick's Day.

The 11-month siege of Boston ended when the Continental Army, under George Washington, fortified Dorchester Heights in early March 1776 with cannons captured at Ticonderoga. General William Howe, whose garrison and navy were threated by these positions, was forced to decide between attack and retreat. To prevent what could have been a repeat of the battle of Bunker Hill, Howe decided to retreat, withdrawing from Boston to Nova Scotia on March 17.

Boston was one of the most important ports in the New World, and one of the most defensible (there is only a single channel into Boston Harbor which is ringed with islands). That the Americans were able to drive off several thousand hardened troops and 1,100 loyalists with only a few warning shots fired and no loss of life or property was a major accomplishment and was Washington's first victory of the war. It was also a huge morale boost for the new country, as the city where the rebellion against England started was the first to be liberated. Boston was never attacked again.

After a failed movement in 1876, the holiday was finally proclaimed on the 125th anniversary in 1901. 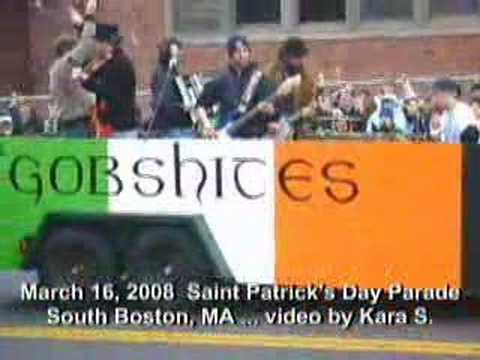 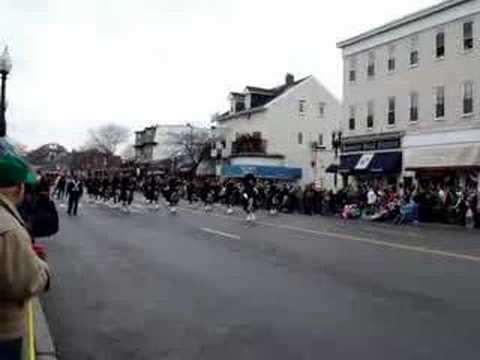