Miley And Mandy: Is My Makeup Too Dark?

This episode is a parody of Demi Lovato and Selena Gomez's youtube video.

This video is a parody of Demi and Selena. Mandy does Demi asking if her make-up is too dark and they both talk of her old teeth gap. While Miley goes Selena and talks and acts around like her plus wears a Ninja Turtles t-shirt imitating Selena's Power Ranger one in a recent video of the girls. In a later episode, titled "Thank you to the fans!" M & M explained how they're great friends to both Demi and Selena and both of them liked the video and laughed so they were just joking around and would never do anything to hurt their feelings, clearing up feud rumors that got started with their parody. 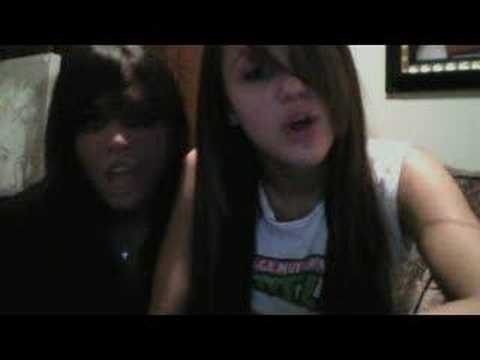