UFC 82: Pride of a Champion

UFC 82: Pride of a Champion was a mixed martial arts (MMA) event that took place on 1st March, 2008 at the Nationwide Arena in Columbus, Ohio.

A welterweight matchup between Jon Fitch and Akihiro Gono was originally scheduled, but Gono was forced to withdraw after suffering a hand injury in training. Gono was replaced by Chris Wilson.

At the event, former UFC heavyweight champion Mark Coleman was inducted into the UFC Hall of Fame. 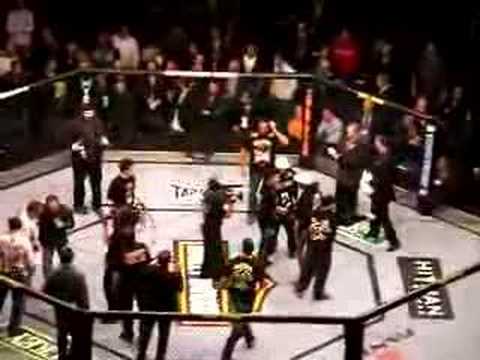