In March 2008, James became the first black man to appear on the cover of Vogue, posing with Gisele Bündchen.

He was the third man to appear on the cover of Vogue, after Richard Gere and George Clooney. Some sports bloggers and columnist considered the cover offensive, describing the positioning of James and Bündchen as a reference to classic imagery of the movie monster King Kong.

The cover has caused a lot of chatter, particularly online, over whether the shot (taken by famed photographer Annie Liebovitz) perpetuates racial stereotypes.

Some look at the cover and don't think much of it, that it's an interesting shot of two of the world's most recognizable people.

Others, however, see it as the embodiment of racial and sexual stereotypes, that it's a depiction of an aggressive, black man in a King Kong-like pose, embracing a white woman, a Fay Wray-like "damsel in distress." 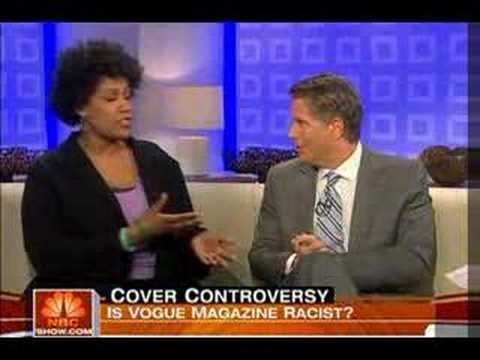 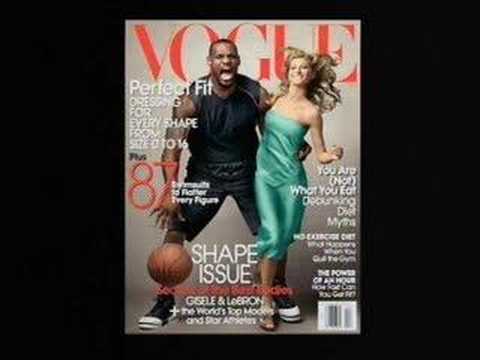