The Jonas Brothers Are Nominated For A Grammy

In December 2008, the Jonas Brothers were nominated for the Best New Artist award at the 51st Grammy Awards.

The 51st Annual Grammy Awards took place at the Staples Center in Los Angeles, CA on February 8, 2009. Robert Plant and Alison Krauss were the biggest winners of the night, with five wins, including Album of the Year and Record of the Year. Lil Wayne won four awards, including Best Rap Album. Coldplay won three awards, including Song of the Year. Artists that won two include Adele, Daft Punk, Ne-Yo, Jennifer Nettles of Sugarland and John Mayer. 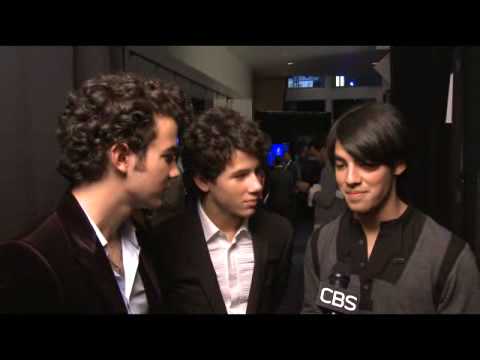 View other events that happened in December 2008