The 2008-2009 Canadian parliamentary dispute began when the opposition parties attempted to form a coalition and support a vote of non-confidence, which would have brought down the government.

The dispute was diffused when Prime Minister Stephen Harper advised Governor General Michaëlle Jean to prorogue parliament, and she agreed to do so. This ended the first session of the 40th parliament and set a date of January 26th 2009 for its resumption. 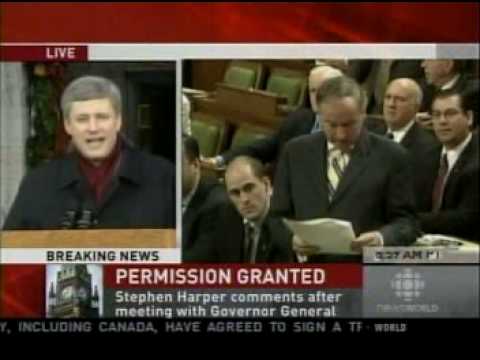