About 50 schoolchildren and teachers were killed when a shantytown grade school packed with hundreds of students collapsed during classes, a government official said.

The three-story La Promesse (The Promise) school in Petion-ville, on the outskirts of Port-au-Prince, caved in in a heap of cement slabs and twisted steel rods at about 10:00 am (1500 GMT) Friday, trapping scores inside.

By late in the day at around 50 bodies, most of them children, had been found, officials said.

"We have counted about 50 dead for the moment, and around 85 injured," said Nadia Lochard of the civil protection bureau.

"But there are still numerous children stuck in the rubble. We have signs that they are still alive and we are organizing help to try to save them," she said.

The Pétionville school collapse occurred on November 7, 2008, in Pétionville, a suburb of Port-au-Prince, Haïti, when the church-operated Collège La Promesse Évangélique ("The Evangelical Promise School") collapsed at around 10:00 a.m. local time (15:00 GMT). About 700 students from kindergarten through high school attended the school; however, it is unclear how many were in the three-story building when it collapsed. At least 93 people, mostly children, were confirmed killed, and over 150 injured. At least 35 students, 13 girls and 22 boys, were rescued from the rubble alive on November 8.

During the collapse, the first floor of the school buckled under, and the second and third floors of the building came down upon it. The collapse also destroyed several nearby homes. However, only the first and second floors were filled with students, and some students were in the playground area. The cause of the collapse remains officially unstated, but residents of the town have said they suspect poor-quality construction as a cause.

The school had previously experienced a partial collapse in 2000, but it was rebuilt. After the first collapse, neighbors living downhill from the school abandoned their property out of fear that the building would fall onto their homes. The owner of the church-run school attempted to buy these vacated properties. In addition, the third floor of the building was under construction at the time of the 2008 collapse.

After the collapse, at least 200 people were seen at hospitals in and around Port-au-Prince. However, because of strikes at General Hospital and Hospital de la Paix, two hospitals in the town, Trinité Hospital and University of Haiti Hospital saw most of the injured.

A minister who owns the Haiti school which collapsed over the weekend, killing more than 90 children and teachers, has been arrested.

Another 21 dead, many of them children, were found on Saturday.

The owner of the school and church, Protestant minister Fortin Augustin, has been arrested after allegedly telling Haiti President, Rene Preval, that the church school had been built with hardly any structural steel or cement to hold its concrete blocks together.

According to the president, Reverend Augustin said he had constructed the building all by himself, saying he didn't need an engineer as he had good knowledge of construction. 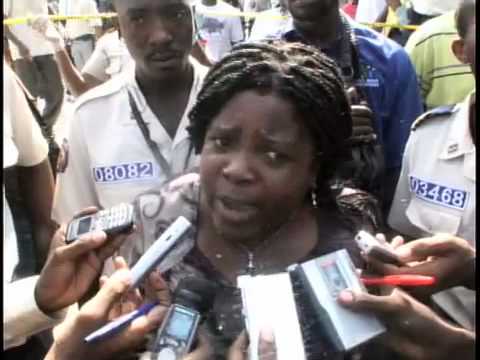 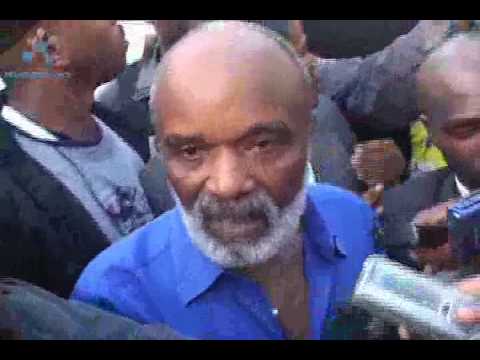