The 2008 Prairie Meteoroid Falls Over Canada

The Buzzard Coulee meteorite was a fireball seen on November 20, 2008.

The object was first spotted at around 17:30 MST (00:30 UTC) and was reported by people living in Alberta, Saskatchewan, Manitoba, and even North Dakota. It was five times as bright as a full moon. Over 400 people reported seeing it. There are several videos of the meteoroid on YouTube. The object split into multiple pieces before wide-spread impact. The meteoroid entered the atmosphere at approximately 14 kilometres per second and is estimated to have been about the size of a desk and have had a mass of approximately 10 tonnes.

We can see on the videos that there were three big pieces that continue here. And those aren't found yet.” 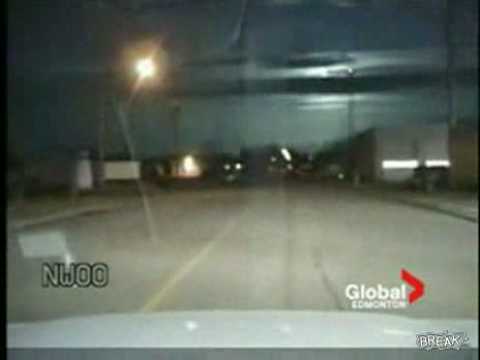