Mortal Kombat vs. DC Universe (also known as MK vs.

DCU or MK vs. DC) is a crossover fighting game from Midway Games and Warner Bros. in the Mortal Kombat series, which was released on November 16, 2008. The game contains characters from both the Mortal Kombat franchise and the DC Universe. The game's story was written by comic writers Jimmy Palmiotti and Justin Gray.

The game was developed using Epic Games' Unreal Engine 3 and is available for the PlayStation 3 and Xbox 360 platforms. It is the second Mortal Kombat title for the seventh generation consoles.

Midway knew they needed to start fresh again. They surprised everyone when they announced that the first Mortal Kombat of the new generation would share the bill with the comic book heroes and villains of the DC universe. The crossover left many scratching their heads, but eventually the vision became clear. Mortal Kombat had always targeted the same audience as comic books and superhero movies, and the overlap of their fans was huge. Sure, the two universes couldn't be more different, but partnership could be the perfect fit. 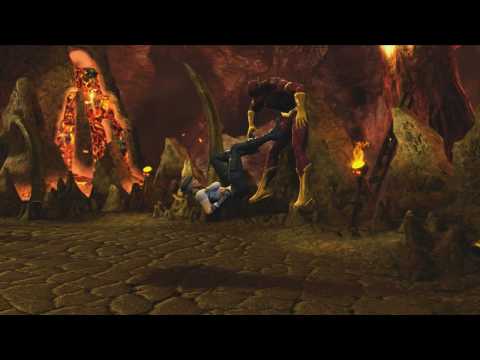