Kennedy initially stated that he would support John Kerry again should he run for president in 2008, but in January 2007, Kerry said he would not.

Kennedy then remained neutral as the 2008 Democratic nomination battle between Senator Hillary Rodham Clinton and Senator Barack Obama intensified, as his friend Chris Dodd was also running. After the initial caucuses and primaries had been split between the two and Dodd had withdrawn, Kennedy became dissatisfied with the tone of the Clinton campaign and what he saw as racially tinged remarks by Bill Clinton. Kennedy gave an endorsement to Obama on January 28, 2008, despite appeals by both Clintons not to do so. In a move that was seen as a symbolic passing of the torch, Kennedy said that it was "time again for a new generation of leadership," and compared Obama's ability to inspire with that of his fallen brothers. In return Kennedy gained a commitment from Obama to make universal health care a top priority of his administration if elected. Kennedy's endorsement was considered among the most influential that any Democrat could get, and raised the possibility of improving Obama's vote-getting among unions, Hispanics, and traditional base Democrats as the Super Tuesday primaries approached.

Two generations of Kennedys - the Democratic Party's best known political family - endorsed Barack Obama for president on Monday, with Sen. Edward M. Kennedy calling him a "man with extraordinary gifts of leadership and character," a worthy heir to his assassinated brother.

"I feel change in the air," Kennedy said in remarks salted with scarcely veiled criticism of Obama's chief rival for the nomination, Sen. Hillary Rodham Clinton, as well as her husband, the former president.

"I have marveled at his grit and grace," he said of the man a full generation younger than he is. 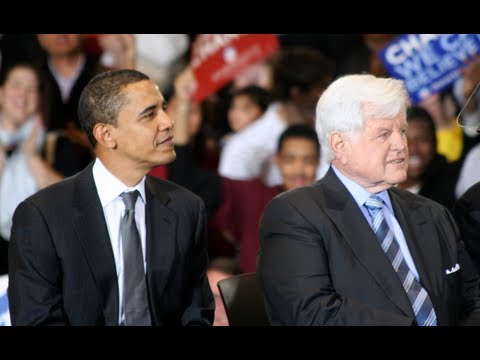 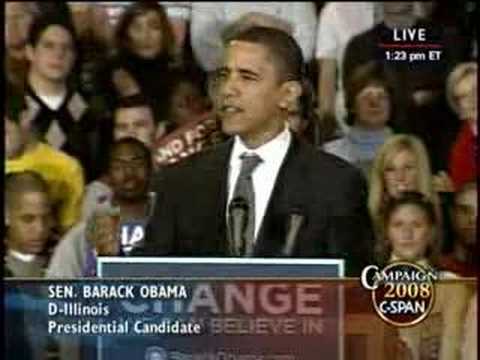 View other events that happened on January 28