One day after the release of The Wall Street Journal's investigation, it was reported that the warrant issued after Hsu's failure to appear for sentencing for his 1992 fraud conviction was still valid.

On August 31, 2007, Hsu surrendered to authorities at the district court house in Redwood City, California. The California Attorney General's office had negotiated $1 million bail to be eventually applied to restitution, but the presiding judge set the amount at the $2 million. Hsu was jailed briefly that day until his attorney returned with the increased bail. The following week, Hsu failed to appear for a bail reduction hearing on September 5 at which he was expected to turn in his passport. A "no bail" warrant was immediately issued for his arrest and Hsu forfeited the $2 million. On September 6, he was arrested by the FBI in Grand Junction, Colorado, after falling ill on the California Zephyr train headed for Chicago. It was subsequently revealed that Hsu mailed suicide notes to several acquaintances and organizations before boarding the train, and was discovered with prescription pills loose in his cabin.

Hsu returned last month to San Mateo County to face sentencing from the 1990s case, but failed to show up for a Sept. 5 hearing in Redwood City to reduce his bail, instead boarding Amtrak's California Zephyr after landing on a charter jet in Oakland.

Hsu was taken off the train in Grand Junction, Colo., the next day after passengers reported he was disoriented and behaving erratically. He was hospitalized for several days with an undisclosed ailment. 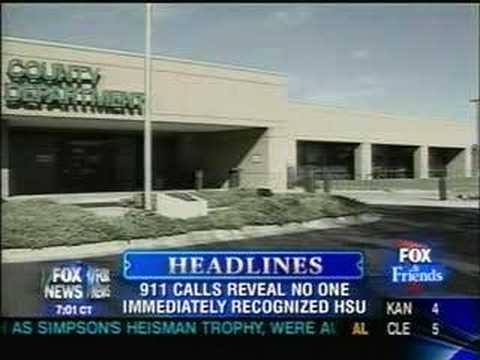