Can Tho Bridge Collapse

The collapse of Cần Thơ Bridge was a severe construction accident in southern Vietnam.

The accident occurred at 8 am local time(GMT+7) on the morning of September 26, 2007, when a 90 meter section of an approach ramp, which was over 30 meters above the ground, collapsed. There were 250 engineers and workers working on and under the span at the time it collapsed. As of September 27, the number of casualties remains unclear; one source says that there were 52 people dead and 140 injured. while other sources show that the death toll have reached 59. According to Dr. Trần Chủng, head of the national construction QA/QC authority under the Ministry of Construction of Vietnam, this is the most catastrophic disaster in the history of Vietnam’s construction industry; Mr. Ho Nghia Dung, Minister of Transport, agreed.

Manh Hung, leader of construction team No.7, said: “This morning, when we were working, we suddenly heard a great explosion at a bridge-head. Dust covered a great air space while workers screamed out. The scene was so terrible. The whole great block of concrete fell on people below.”

The collapsed concrete girder crossing pillars No. 13, 14, 15 totalling 87m in length and 24m in width was poured yesterday. The incident occurred while around 250-260 workers of three Japanese contractors, Taisei, Kazima, and Nipponsteel, were working on the girder.

The initial reason for the collapse, according to local police, was that the 30m-heigh scaffolding system which was supporting the above girder was weak and collapsed, causing the concrete to fall.

A section of a bridge under construction in southern Vietnam collapsed Wednesday, killing at least 52 workers and injuring 97 others, officials said.

The bridge was being built across the Hau River, a branch of the Mekong River, in the southern city of Can Tho. It is part of a heavily used route linking the Mekong Delta and Ho Chi Minh City.

The collapsed section was more than 98 feet tall and was situated above land on the river bank in Vinh Long province, said Vo Thanh Tong, chairman of the Can Tho people's committee. The four-lane bridge was not yet open to traffic.

A bridge under construction in south Vietnam has collapsed, killing at least 36 workers and leaving many more injured, officials have said.

The collapse took place in Can Tho, some 170 km (105 miles) south of the commercial centre of Ho Chi Minh City.

Rescue teams are looking for survivors said to be trapped under the rubble. It is not clear what caused the collapse. 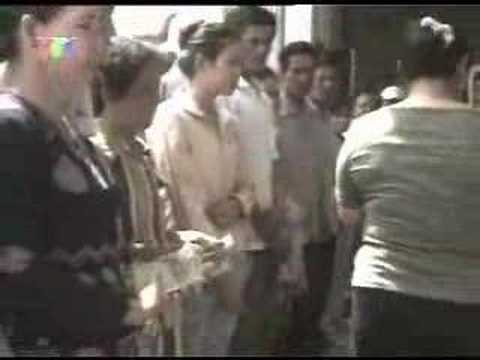