How I Met Your Mother, Season 3

"...dary!" finishing the line he began in the previous season Robin returns from a trip to Argentina, and Ted must adjust to life as just her friend.

Marshall and Lily decide to move out on their own, falling in love with a place they can't afford. Marshall learns of Lily's bad credit rating due to her compulsive buying. They are able to finally score their dream apartment despite this, only to discover the neighborhood is next to a sewage treatment plant. Coming to terms with this, they later also realize that the apartment's floor is crooked. Barney is slapped for the third time on Thanksgiving, which Marshall dubs "Slapsgiving."

It is revealed that the way Ted met "Your Mother" is through a story with her yellow umbrella, which he finds and takes in "No Tomorrow". Ted attempts to woo Stella (Sarah Chalke), a dermatologist he sees to remove an embarrassing tattoo. This culminates in a memorable "two-minute date," which incorporates small talk, dinner, a movie, coffee, two cab rides, and a goodnight kiss, all within two minutes. Meanwhile, an unknown woman begins to sabotage Barney's attempts to hook up. Robin sleeps with Barney after he comforts her following a break-up, which is followed by Ted's disapproval due to the breaking of the "Bro Code." After that, Ted decides not to be friends with Barney any more. Barney's saboteur is revealed to be Abby (Britney Spears), Stella's receptionist, with a vendetta against Barney for not calling her after they had sex. In the last episode, "Miracles", Ted and Barney renew their friendship after both are involved in accidents (Ted is in a cab accident and comes out of it without a scratch. Barney is run over by a bus while rushing to find out if Ted's all right). At the end of the episode, Ted proposes to Stella.

In the episode "Ten Sessions", Stella reveals that she attended and left a party on St. Patrick's Day, which may have been the same one Ted attended. Ted told his children that the future mother of his children was at the party, but they had not seen each other.

It is also heavily implied that Barney has feelings for Robin. In the episode "The Goat", it is revealed that in the following year (when Ted turns 31) Robin will be living in Ted's apartment. This is confirmed in "Not a Father's Day." 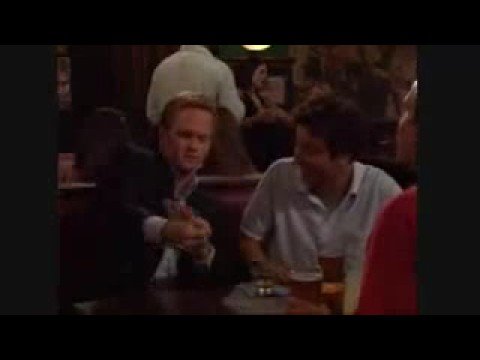