On July 26, 2007, KTTV Fox 11 News based in Los Angeles, California aired a report on Anonymous, calling them a group of "hackers on steroids", "domestic terrorists", and collectively an "Internet hate machine". The report covered an attack on a MySpace user, who claimed to have had his MySpace account "hacked" into seven times by Anonymous, and plastered with images of gay pornography. The MySpace user also claimed a virus written by Anonymous hackers was sent to him and to ninety friends on his MySpace contact list, crashing thirty-two of his friends' computers. The report featured an unnamed former "hacker" who had fallen out with Anonymous and explained his view of the Anonymous culture. In addition, the report also mentioned "raids" on Habbo, a "national campaign to spoil the new Harry Potter book ending", and threats to "bomb sports stadiums".

The news report became the source of many internet memes. Among the mocked features of the report were the stock footage used of an exploding van, the hyperbole and alarmist phrases used to describe the idea of anonymity, naming Anonymous as a domestic terrorist organization, and the suggestion that buying a dog and curtains could protect victims from Anonymous.

The day following the Fox report, Wired News blogger and journalist Ryan Singel derided the report, stating that the "hacker group" in fact consisted of "supremely bored 15-year olds", and that the news report was "by far the funniest prank anyone on the board has ever pulled off". In February 2008, an Australia-based Today Tonight broadcast included a segment of the Fox report, preceded by the statement: "The Church of Scientology has ramped up the offensive against Anonymous, accusing the group of religious bigotry and claiming they are sick, twisted souls."

They call themselves 'Anonymous'--they are hackers on steroids...” 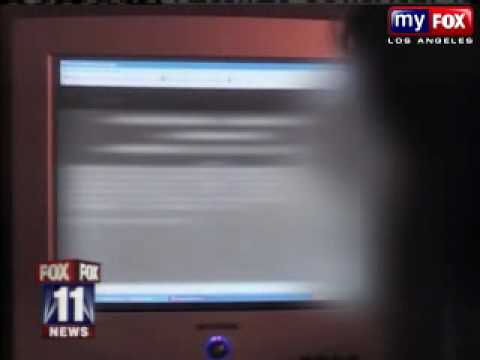