Patrick Fitzgerald, the Chicago-based U.S. attorney, will make an appearance on Wait, Wait...

With national fame earned from his role as special counsel in the leak of a CIA agent's identity and his prosecution of former White House aide Lewis "Scooter'' Libby for obstruction of justice in that investigation, Fitzgerald will take a seat on the nationally broadcast radio program as someone pressed to talk about something he knows nothing about.

In the "Not My Job'' segment of the show, celebrities are quizzed out of field.

“Several times recently I thought about getting tickets to go watch it, but never got it done,” Fitzgerald is quoted as saying about the show. “Now I know I have a seat.”

While Wait Wait…Don’t Tell Me! takes the show on the road sometimes, its home base is Chicago. And Fitzgerald, U.S. Attorney for the Northern District of Illinois, will be close to home when it’s taped this week in the city’s Millennium Park.

The show is aired by 425 member stations -- the first media appearance for Fitzgerald since Libby's conviction and then commutation of his prison time by the president.

"We're going to subject Patrick Fitzgerald to the rigors of our quiz, and whether he wins or loses is entirely up to him,” says show host Peter Sagal. "Of course, if he does lose, we expect the president to intervene and change the result. It'd only be fair, right?" 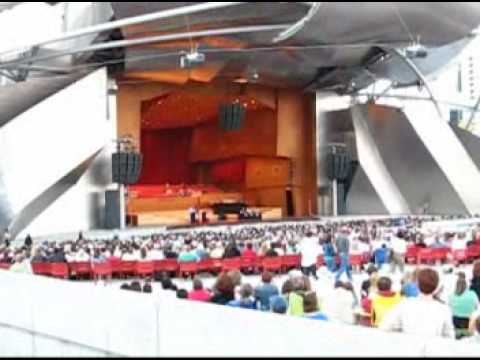